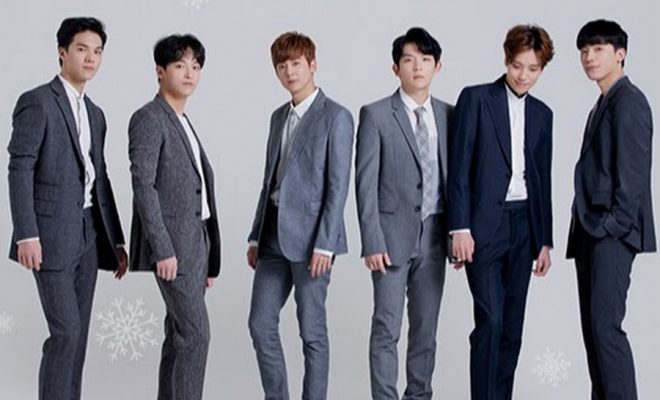 On March 20, TEEN TOP‘s agency, Top Media, has announced that the boys will be regrouping with five members. It also updated fans on member L. Joe‘s situation, who requested for a contract termination last February.

The news, posted as a notice on their fancafe, addressed L. Joe’s future with the group and their upcoming projects. The agency wrote, “It is decided that Teen Top’s second full-length album will be promoted by  C.A.P, Chunji, Niel, Ricky, and Changjo. The group will be reorganized as five.”

The delay in the album’s release date was because the members and TOP Media were requesting for L.Joe’s participation in the album. Unfortunately, he no longer had intentions of joining the group’s activities as a member. Hence, the boys have decided to move forward as five in order to not further postpone their comeback plans.

“We will confirm a comeback schedule and release date for TEEN TOP’s album as soon as possible,” the agency stated.