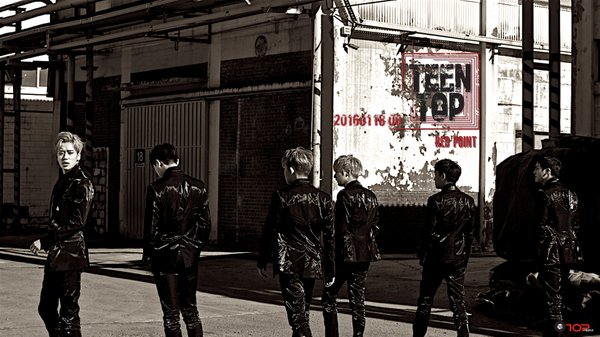 TEEN TOP To Welcome 2016 With A New Album

On this day, TEEN TOP dropped an image teaser through its official homepage and SNS account. The boys later revealed they are making a comeback this month.

As indicated on the image teaser, the boys are set to make a group comeback with album titled RED POINT on January 18th midnight.

Stay tuned for more information regarding their comeback!

Hellokpop, as an independent Korean entertainment news website (without influence from any agency or corporation), we need your support! If you have enjoyed our work, consider to support us with a one-time or recurring donation from as low as US$5 to keep our site going! Donate securely below via Stripe, Paypal, Apple Pay or Google Wallet.
FacebookTwitter
SubscribeGoogleWhatsappPinterestDiggRedditStumbleuponVkWeiboPocketTumblrMailMeneameOdnoklassniki
Related Itemsalbumcomebackred pointTEEN TOPTOP Media
← Previous Story SHINee Tops Oricon Weekly Album Chart With ‘D×D×D’
Next Story → Rain To Have Collaborative Stage With Pianist Lang Lang