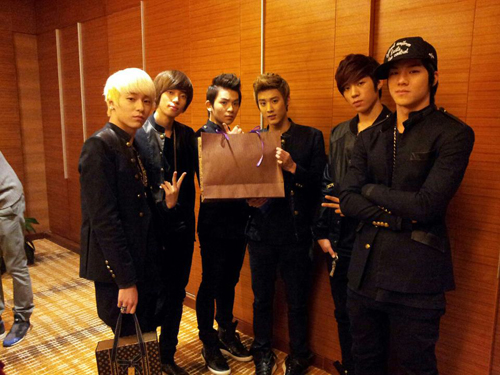 Teen Top has received an overwhelming interest in Vietnam.

On November 28th, during a special performance in Vietnam to celebrate the 20 years of diplomatic relations of Korea and Vietnam, Teen Top’s Vietnamese fans passionately supported and poured out their love as they performed for MBC Show! Music Core.

On this day, the fans of the country joined in Hanoi with their self-produced t-shirts with Teen Top’s name and continued to show their love following the group to their next schedules to support them.

At the official press conference, the fans prepared gifts for Teen Top members. Those who came across the photos said, “Teen Top is the idol of Asia. Where is the end of their popularity?“, “Wow such great popularity in Vietnam too“, “Teen Top’s popularity is  all over the place“, “I’m jealous of those fans who met Teen Top.”

The stage Teen Top performed on Show! Music Core will be aired on December 8th at 4pm. 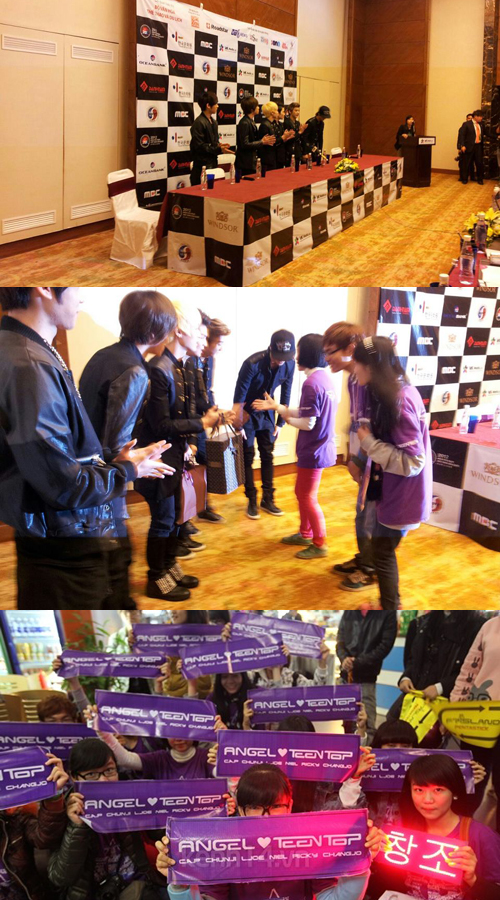