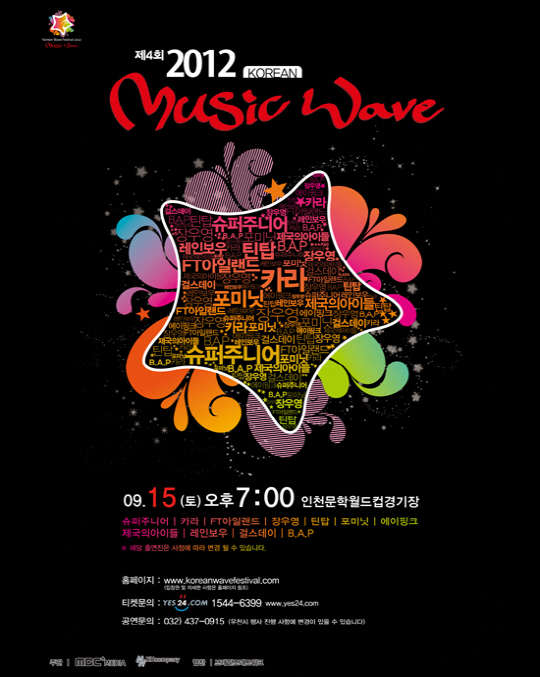 The 4th Korean Music Wave Festival has been cancelled

Due to budgetary issues, the 4th annual Korean Music Festival which would be held on September 15 at the World Cup Stadium in Incheon has been cancelled. A representative from HH Company wrote an apology which was released last Saturday. It stated that the whole staff did their best to to make sure the concert could continue as planned, but because they owed money to the show’s promoter, The J company, it left them no choice but to cancel it. The representative wrote:

“We totally understand how our decision brings down the audiences, who have chosen our show among other big concerts. We promise to get back on our feet to repay for all the disappointments we have caused.”

The concert was going to have performances of artists like 4Minute, KARA, A Pink, Rainbow, Girl’s Day, Jang Wooyoung, FT Island, Teen Top, Super Junior and B.A.P with Lee Hyukjae as the host.