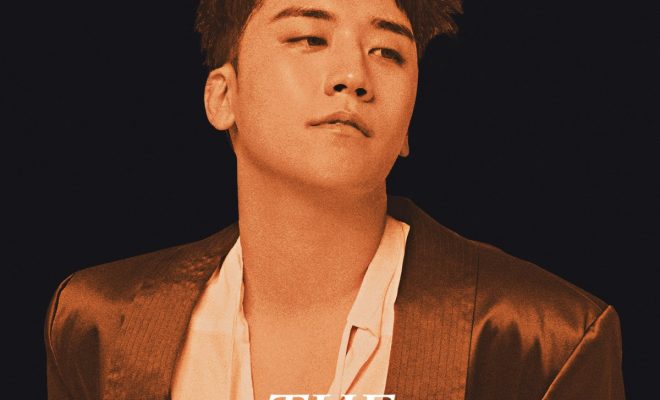 Singapore VIPs, be prepared for a night of surprises as Seungri will gift you with dazzling performances.

BIGBANG’s Maknae, Lee Seung Hyun, known to fans as Seungri, will be holding a one-night only concert, titled, The Great Seungri Tour 2019 Live In Singapore on February 23, 8 p.m. at the Star Theatre, The Star Performing Arts Centre. 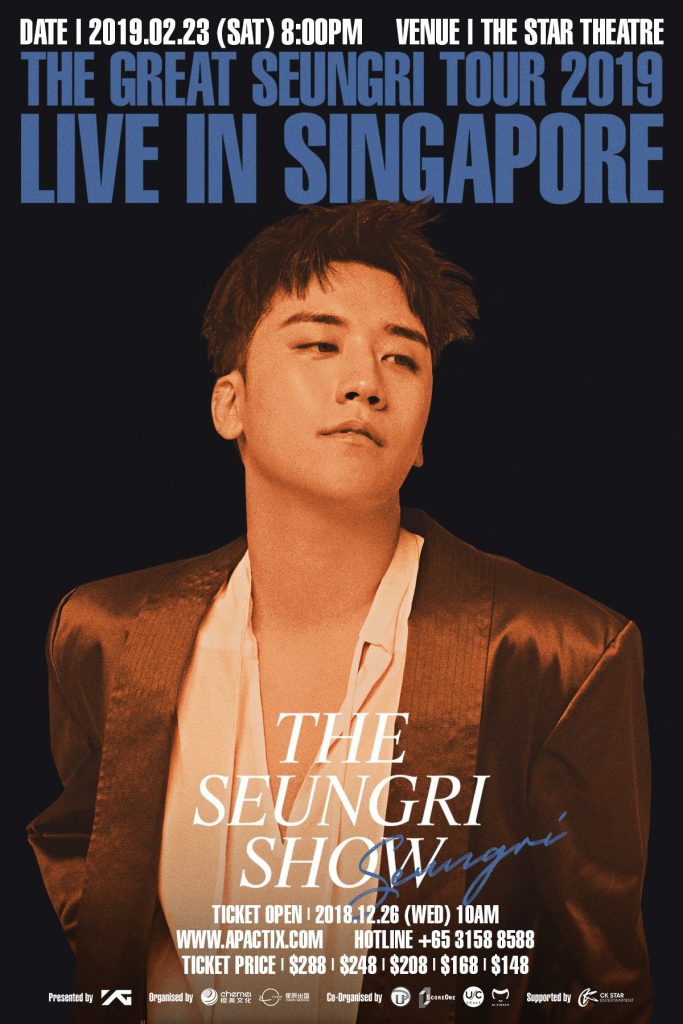 More than just a singer

Though he already achieved a lot as a member of K-Pop royalty BIGBANG, he still has a lot more to show as a solo artist. To date, Lee had made two wildly successful EPs, V.V.I.P in 2011 and Let’s Talk About Love in 2013. Additionally, in July 2018, he released his first full-length album, The Great Seungri. The album also debuted at number one on South Korea’s Gaon Chart.

Since the past summer, the K-Pop star has been making his rounds for The Great Seungri concert tours. By next year, he is set to visit Manila, Hong Kong and Singapore.

Singapore fans will be very lucky to witness live performances from his latest album, as well as expected close interactions with the idol. In addition, fans will get to see him in a new light as a solo performer, and will captivate audiences with his charms and amazing vocals.

The 28-year-old South Korean singer is not only a multi-talented artist but also juggles activities as a songwriter, record producer, actor, and entrepreneur. In addition to music awards, he also acted in a series of film, musicals, and variety shows. Aside from his notable language skills, he is also known for his generous acts.

Seungri is excited to meet his Singapore fans, and expresses his excitement by saying, “I’m ready, now it’s time for me to show my talents. I won’t let my members down.”

The Great Seungri Tour 2019 Live in Singapore is proudly brought to fans by CHENMEI Culture and supported by CK Star Entertainment.

Hellokpop, as an independent Korean entertainment news website (without influence from any agency or corporation), we need your support! If you have enjoyed our work, consider to support us with a one-time or recurring donation from as low as US$5 to keep our site going! Donate securely below via Stripe, Paypal, Apple Pay or Google Wallet.
FacebookTwitter
SubscribeGoogleWhatsappPinterestDiggRedditStumbleuponVkWeiboPocketTumblrMailMeneameOdnoklassniki
Related ItemsBigbangLee Seung-hyunSeungriSeungri in Singapore 2019The Great Seungri Tour 2019The Great Seungri Tour 2019 In Singapore
← Previous Story MONSTA X Ranks In Worldwide Media Year-End Countdown Charts For 2018
Next Story → So Ji Sub Scores First MBC Grand Prize Award + List Of Winners At The “2018 MBC Drama Awards”