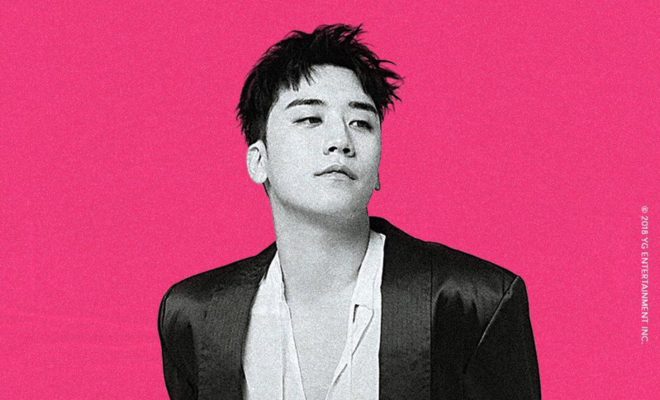 BIGBANG’s Seungri Works With WINNER’s Mino And iKON’s B.I In “The Great Seungri”

The Great Seungri is up for some great collaborations!

BIGBANG’s youngest member Seungri is set to make his return as a solo artist in the grandest scale possible with the release of his first solo studio album, The Great Seungri.

The album, which comes after five years since the singer-actor’s second extended play, Let’s Talk About Love, will feature a total of nine songs. All tracks from the album credits the BIGBANG maknae as lyrics. Except for “Sweet Lie”, he also took part in the composition of all tracks. 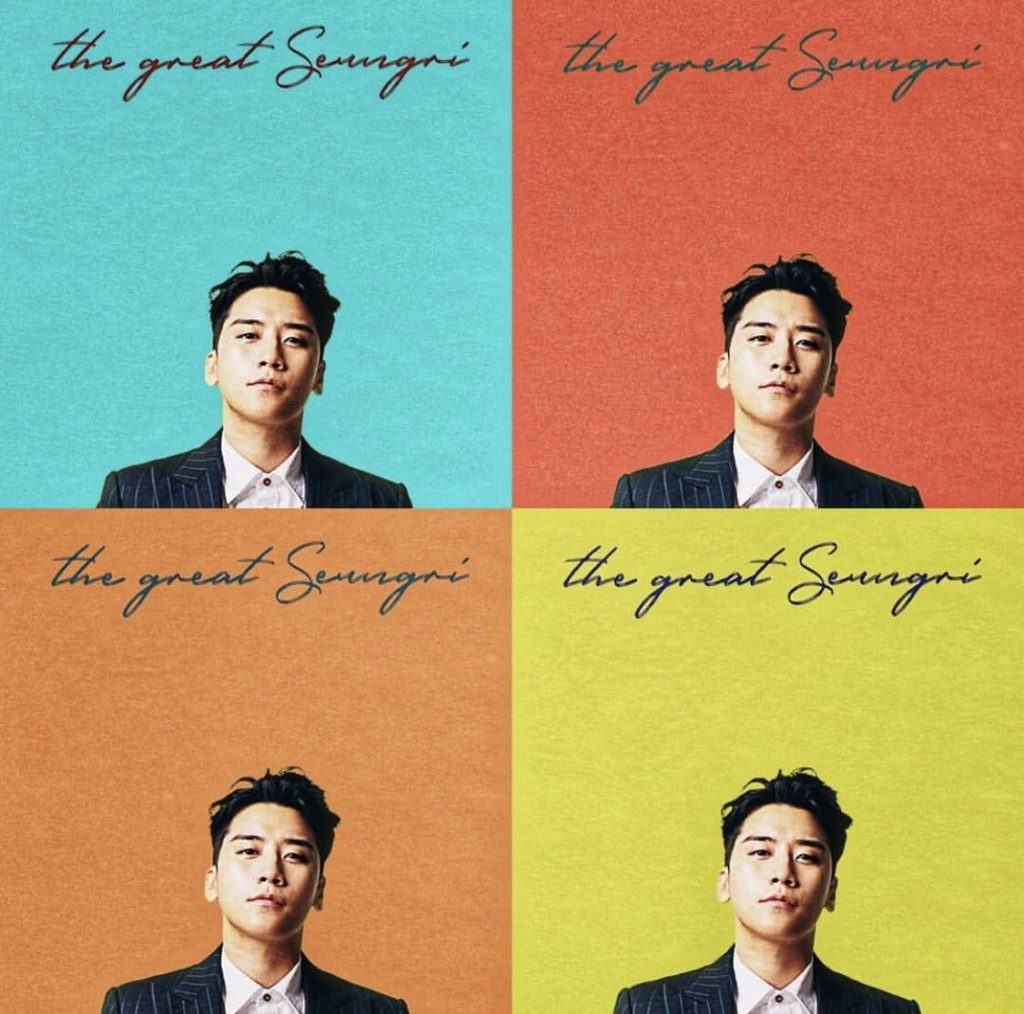 The Great Seungri will be led by “1, 2, 3!”. Additionally, the album will feature collaborations with WINNER’s Mino and iKON’s B.I.

Titled “Where R U From”, his upcoming team up with Mino will be the sub title track of the album. Mino also helped in penning the lyrics for the song. His team up with B.I, on the other hand, is titled “Mollado” which B.I helped write and compose.

Aside from the two YG artists, Seungri also featured indie singer and new YGX artist, Blue.D, and DJ/producer DANNIC for tracks “Love Is You” and “Sweet Lie”, respectively. The album will also contain the songs “Be Friend”, “Hotline”, “Alone”, and “Good Luck To You”. 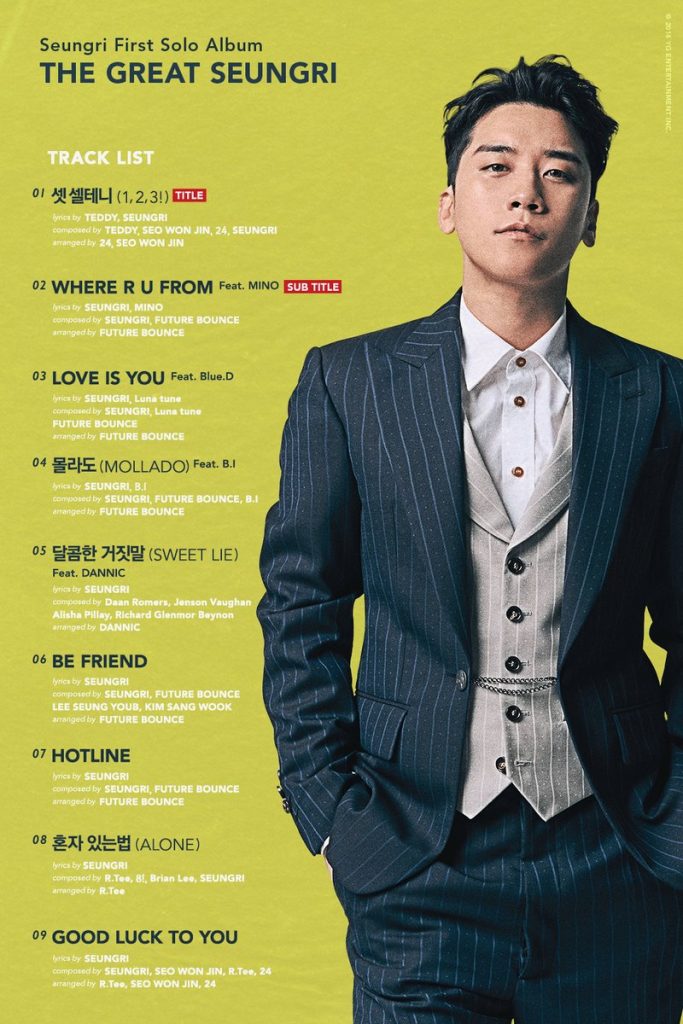 Most probably Seungri’s final album before his military enlistment, The Great Seungri will be released on July 20. He will also greet fans in his first solo concert series of the same title at the Jangchung Gymnasium in Seoul on August 4 and 5.

FacebookTwitter
SubscribeGoogleWhatsappPinterestDiggRedditStumbleuponVkWeiboPocketTumblrMailMeneameOdnoklassniki
Related ItemsBigbangSeungriThe Great Seungri
← Previous Story Get A Deeper Look At “My ID Is Gangnam Beauty” With New Teasers!
Next Story → WINNER’s Lee Seung Hoon To Be A Mentor In KBS Upcoming Dance Variety