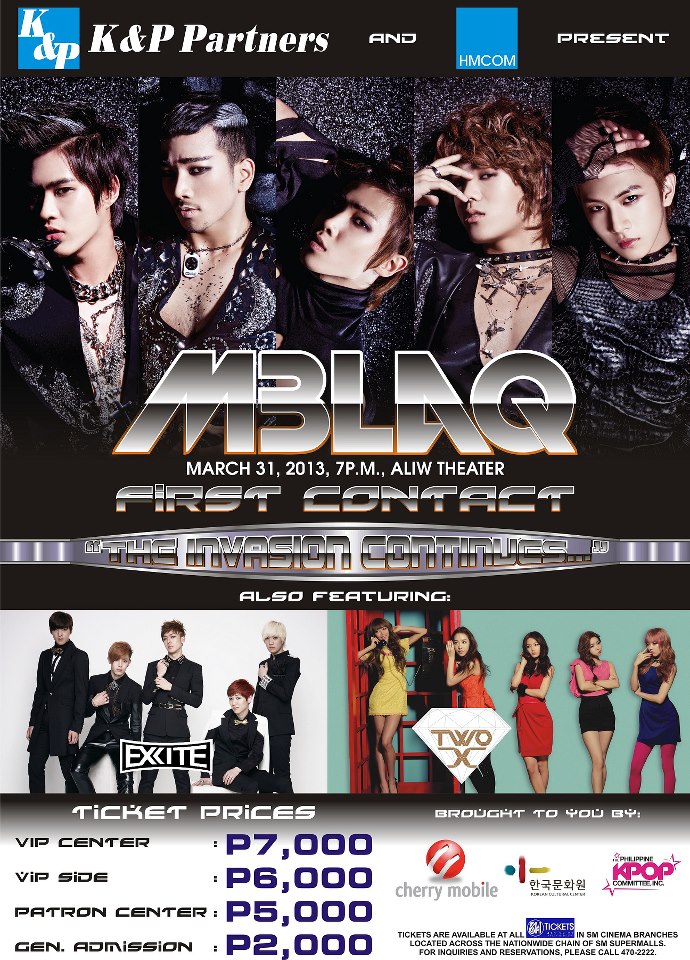 ”The Invasion Continues” is scheduled to be held on March 31 featuring MBLAQ, EXCITE and Two X in Manila.

As we previously reported, ‘Seoul Invasion’ featuring 5 rookies, TAHITI, EXCITE, 100%, A-Prince and Mellow:D, has been postponed due to some production changes. The show is now coming back with a new name, titled ”The Invasion Continues” brought to you by K&P Partners and HMCOM. There is change in the line-up but EXCITE will remain to perform at the show alongside with the newest artists, MBLAQ, and Two X at Aliw Theater in Manila on March 31, 7pm.

To purchase your tickets, please refer to the respective fanclubs at: MBLAQ Philippines Excite Philippines and Two X Philippines.