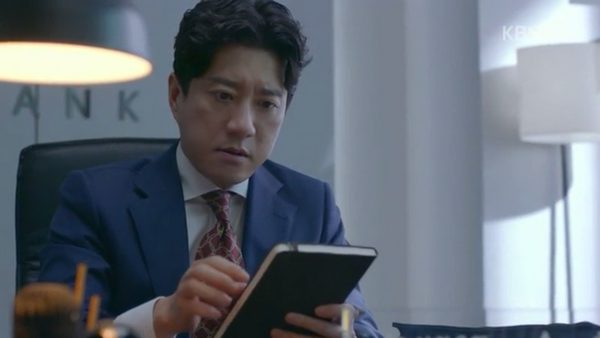 By Yann | May 8, 2018
36
SHARES
FacebookTwitter
SubscribeGoogleWhatsappPinterestDiggRedditStumbleuponVkWeiboPocketTumblrMailMeneameOdnoklassniki

The Miracle We Met continues to bring us to the edge of our seats as it enters its fifth week!

Song Hyun Chul had said it himself – things had definitely gotten way more complicated now that the fantasy melodrama had brought more twists and turns to his story.

The man who finds himself coming back from the dead in another man’s body sees crazier things happening to him as more secrets are revealed along the way.

Here’s a rundown of highlights from episodes 9 and 10: 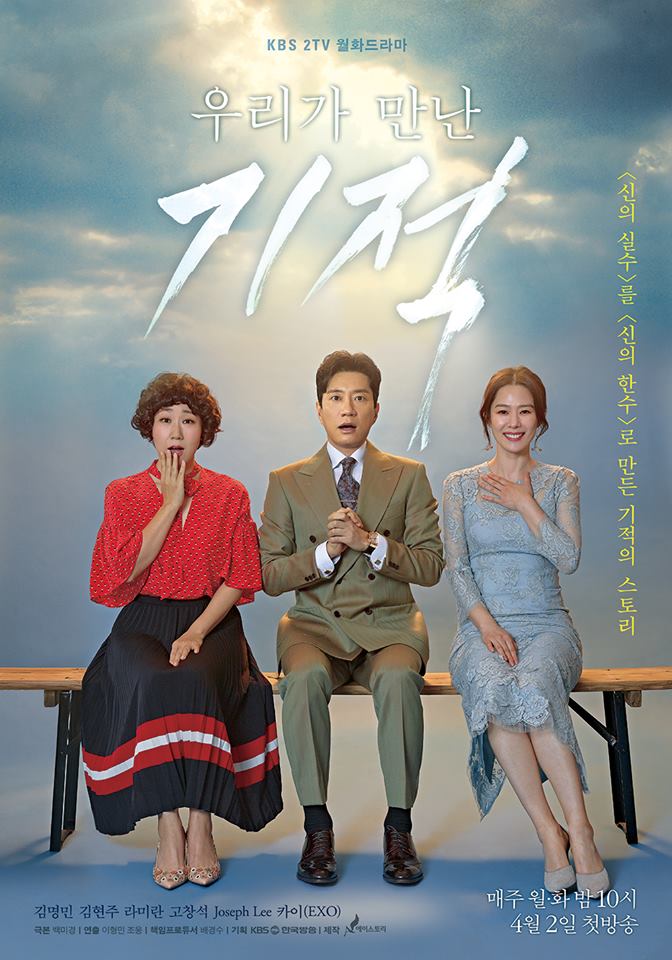 The Miracle We Met Recap Links:

Ato and Mao had brought the former husband and wife to the place where Hyun Chul proposed to Yeon Hwa. Yeon Hwa has successfully connected the dots about Hyun Chul’s situation but during her emotional confrontation with her husband who is living in another man’s body, he denies it. He claims that he’s the other Song Hyun Chul, the one who isn’t her husband, and says if she believed him the first time he told her, things wouldn’t have gotten this bad.

The two divine beings start fighting, as the failed attempt to bring the old couple back together was Mao’s plan. Ato stops Mao from intervening and asks him to stop making things hard for Yeon Hwa. However, Mao insists to get his way, and Ato ends up driving a crying Yeon Hwa and looking just as devastated and conflicted as her.

She goes home and deletes the selfie she and her family took with Hyun Chul when he came over to their house for dinner. Later on, Ji Soo shows her a shirt which had the selfie printed on it, saying she sent one to Hyun Chul too. Yeon Hwa goes berserk and says hurtful things to her daughter, which sends her to her room crying. 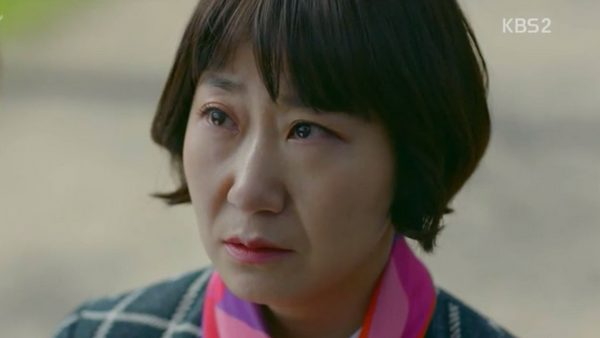 Meanwhile, Hyun Chul throws his ID card as Hyun Chul B into the lake, hoping that it would disappear forever as he still has things he has to take care of.

The bank employees are questioning why Hyo Joo got promoted and some of them voice out their strong disagreement to the promotion. Hyun Chul calls a meeting with his employees to ask for their help in bringing the bank’s rankings back up, and Hyo Joo takes this opportunity to push her authority over Hyun Chul and upstage him. He ends up confronting her straightforwardly, asking why she hates him so much. He also reveals in front of his staff that they used to be close which makes some of the employees curious. 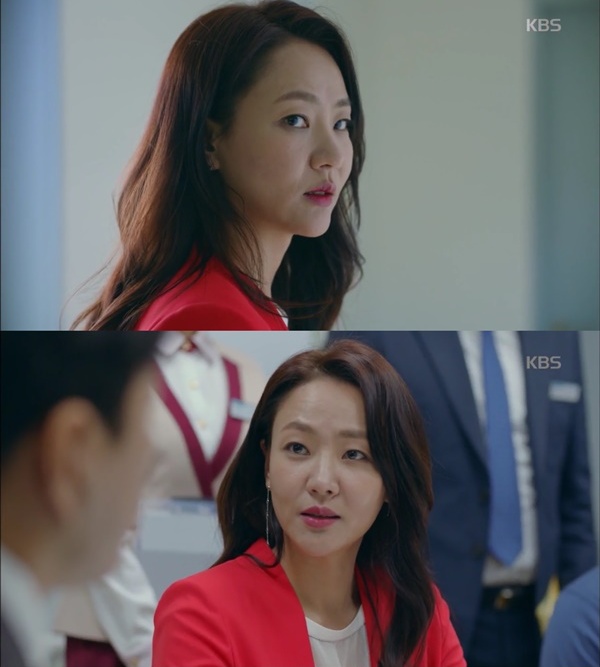 The bank employees go out of their way to promote their bank in an effort to make its rankings go up again, and Hyun Chul does his own share by meeting up with someone he befriended as Hyun Chul B who has a lot of money. He convinces him to invest his money in the bank while eating together, but Hyun Chul suddenly passes out and gets rushed to the hospital.

His potential client takes Hyun Chul’s phone and calls Yeon Hwa, who was saved in Hyun Chul’s contacts as his “wife” and informs her of the situation. She drops the call right after telling him that she is not her wife, which confuses the guy.

On the other hand, Ddak Pool drives Hyun Chul’s father as per his friend’s request to the dance class he enrolled him at. He finds out that the old man’s son who had died shares the same name as Hyun Chul. He starts connecting the dots just like Yeon Hwa, which prompts him to call Hyun Chul. Hyun Chul’s potential client was the one who picks up the call and tells him that Hyun Chul is in the hospital. Ddak Pool then informs Hye Jin, and they both arrive at the hospital. They find out that Hyun Chul passed out due to allergic shock, and Hye Jin blames herself for not telling her husband his food allergies in case he forgot about them too. 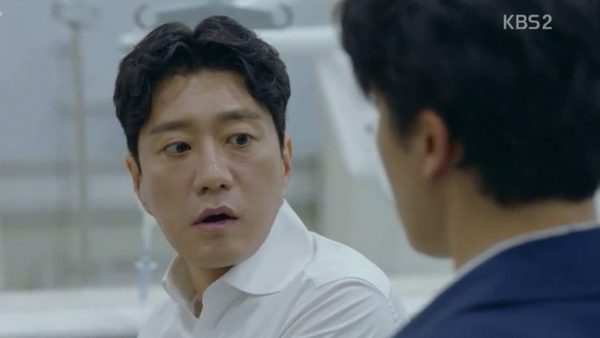 Yeon Hwa arrives at the hospital just as Hyun Chul and Hye Jin were about to leave. She turned away when she saw them, but Hye Jin, who had been suspicious of her ever since she ran into Yeon Hwa and her mother-in-law while they were leaving a restaurant, calls her back and asks her why she was there.

Hye Jin spends more time with CEO Geum Sung Moo. During a visit to his studio, she finds out that he paints. She looks around and finds a painting that sort of resembles her, which prompts her to leave the place hurriedly.

Later on, she runs into Hyo Joo and recognizes her as Hyun Chul’s former mistress. She confronts Hyo Joo about her shameless act of sending flowers to their residence during Hyun Chul’s birthday before. The former mistress tells her that she isn’t interested in her husband anymore, and Hyo Joo unleashes her wrath on Hyo Joo by nicely wishing her bad karma. 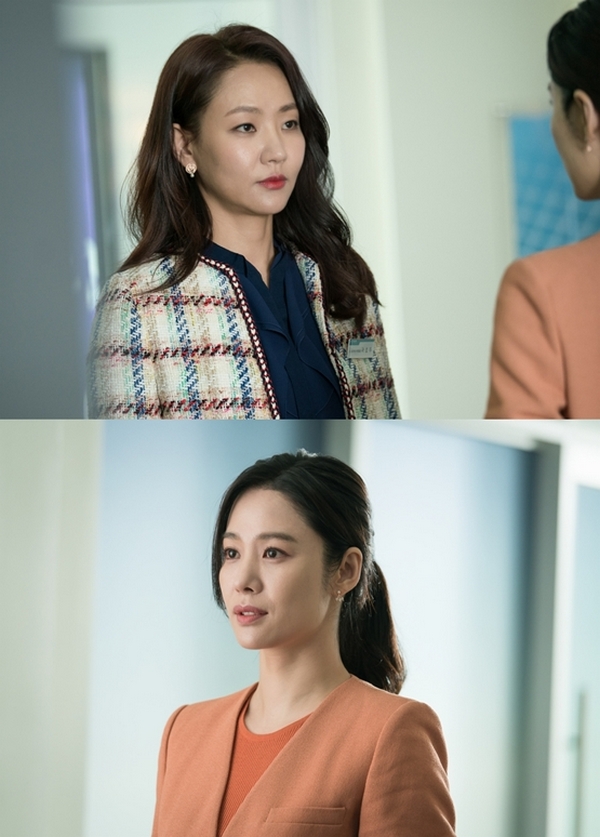 After the mishap with Hyo Joo, Hye Jin runs into Ddak Pool, and they go out to eat. He informs her that Hyun Chul is currently receiving disciplinary action from the bank and asks her if Hyun Chul feels like a different person to her. They both express their surprise at Hyun Chul’s cooking abilities, which he never had before his accident.

Now aware of Hyun Chul’s struggle in his job, Hye Jin tells her husband that the store she’s working for needs a bank for a financing promotional and convinces him to send a proposal. Hyun Chul proceeds to show his gratitude to her, which she returns with her own appreciation for letting her help him out for once.

Hyun Chul does end up sending a proposal to the store, and during his meeting with the store’s CEO Geum Sung Moo, the CEO who seems to have a slight interest in Hye Jin recognizes Hyun Chul as Hye Jin’s husband.

Hye Jin accidentally finds Mi Ho’s report card and discovers that her daughter’s academic performance wasn’t as high as before. She goes to Mi Ho’s school and talks to her teacher, who reveals that they had been trying to contact her for a while now but Mi Ho seems to have given the school the wrong number. 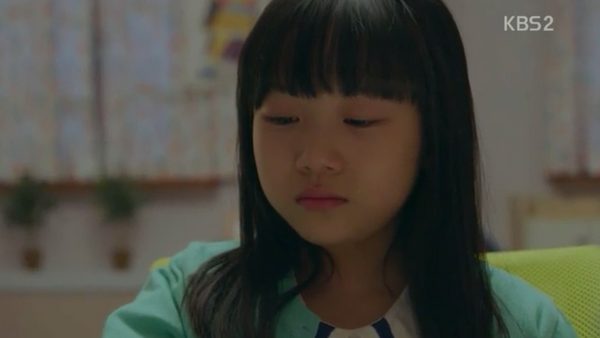 Later at night, the concerned mother talks to Hyun Chul about their daughter’s test scores and academic performance. She reveals that Mi Ho couldn’t bring up her scores at school for three months already and had been lying to them about her test scores all this time. Hye Jin also suspects that Mi Ho had been copying her homework from someone, which concerns Hyun Chul. Hye Jin tells him that Mi Ho’s actions are prompted by her feeling like she had to come in first for her own father to appreciate her. Hyun Chul promises that he’d talk to her about it like he had done with Kang Ho, and Hye Jin says she’ll pretend not to know about Mi Ho’s academic performance.

As promised, Hyun Chul talks to his daughter and tells her that she doesn’t have to come in first in school for him to appreciate her. He states that all he wants is for her to be happy, which makes the little girl start crying.

Meanwhile, Hyun Chul’s other daughter Ji Soo is still shaken by her sighting of Ato. She enlists the help of her best friend and goes back to the place where he saved her to reenact the situation in hopes of him appearing again. However, instead of Ato, it is Kang Ho who shows up to catch her from falling down the stairs. He and his friends realize that Ji Soo had also seen Ato, and they immediately connect with each other as they talk about the divine being whom they describe as a male angel. 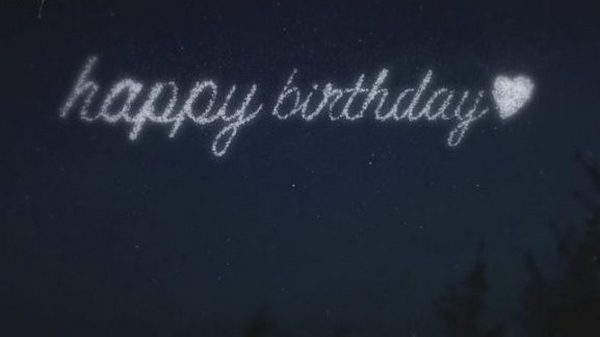 During Ji Soo’s birthday, Yeon Hwa calls Hyun Chul’s old phone and cries while telling her about his daughter’s birthday – despite no one answering on the other end of the line. Meanwhile, Kang Ho and his friends take Ji Soo to the place where they encountered Ato before and they celebrate her birthday there. Right when the night was about to end, they spot a “Happy birthday” message literally written in the stars, which sends them shivers.

Detective Park enlists for Yeon Hwa’s help in making an artist sketch for the hoodie guy as a witness, and he uses this opportunity to inform her that the two Song Hyun Chuls never had phone calls with each other. He also goes to the bank in search of Hyun Chul and talks to Ddak Pool. The detective ends up telling Hyun Chul’s friend that Hyun Chul shares the same details as Yeon Hwa’s deceased husband – down from the name to their birthdays. 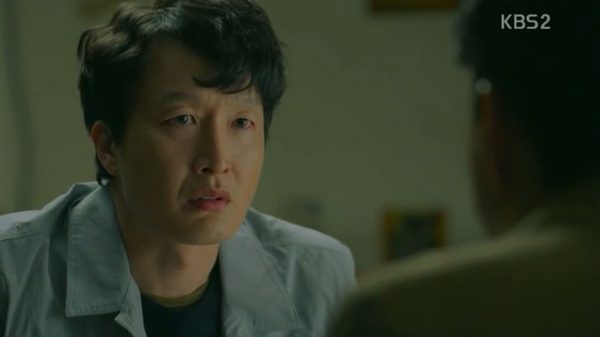 Meanwhile, Detective Park’s suspicion on Hyun Chul heightens, and he starts checking Hyun Chul’s bank accounts. He finds out about the loan, which leaves him more puzzled. Later on, the guy in the hoodie who they consider the main suspect for Hyun Chul’s accident follows him and points a knife at him. The mysterious guy leads the detective to an alley, where they fight and Detective Park ends up getting stabbed. The guy runs away and the detective is unable to follow him because of his injury, but he notices that the guy had left the knife he used and gets it as evidence.

The police unit tracks down the guy, but during their entrapment operation, they find him sprawled on the floor completely lifeless. He then tells Yeon Hwa that he thinks the bank manager Hyun Chul is involved in her deceased husband’s accident.

Hyun Chul previously asked Ji Soo to send him a video of the mysterious hoodie guy who is the prime suspect in Hyun Chul’s accident. He also gets a vision of Hyun Chul A’s memories before he died, which shows a notebook being kept on the locked drawer on his desk.

He hastily breaks the lock and finds the notebook. He starts reading from it and finds clues written on it about things like a 3-million fraud that was committed at the bank. Later on, he looks like he remembers something out of the blue. He calls Hye Jin to ask her if she has the phone he owned before the accident and tells her to bring it down.

However, right when Hye Jin comes out to meet him, Detective Park comes in and arrests Hyun Chul for murder, shocking both Hyun Chul and Hye Jin.

What will happen to Hyun Chul? Was Song Hun Chul A really involved in the accident of Song Hyun Chul B? Find out in the next episodes of The Miracle We Met!

All photos are screengrabs from KBS2 TV.