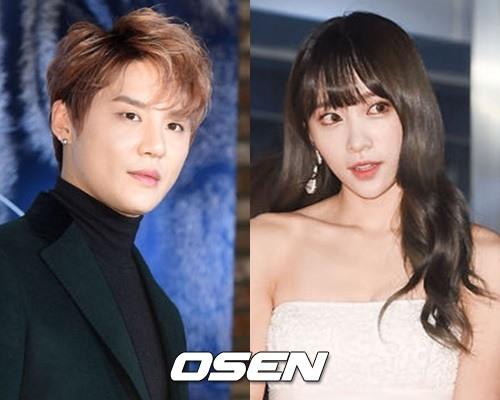 The Most Incredible K-Pop Dating Scandals

K- pop is a popular music genre introduced by South Koreans. The genre is the most successful in the music industry compared to other genres. Over the past previous years, K-pop has influenced other genres around the globe. K-Pop music stars are under pressure since they are supposed to maintain a polished public image at all times. Still, we receive some news that idols are getting involved in love triangles or even serious breakups. Here’s a collection of the biggest Kpop Idols in relationships scandals.

G-Dragon, whose real name is Kwon Ji-yong, has been highlighted to be in several dating scandals over the past few years. When Wonder Girls was created, G-Dragon initiated a musical collaboration with Sohee, a member of the Wonder Girls music group. Back in 2008, fans had already started spreading rumors about their relationship. This conclusion was made by fans’ speculations over their similar dressing mode and accessories. To to-date, neither of the two has ever responded to the rumors. The scandal remains to be unverified as fans are not sure whether the two dated secretly. You can still find the pictures of the different events where fans started noticing the “Similar items”.

2. Taeyeon Believed to Be Dating Junsu

Taeyeon of the Girls’ Generation seems to be always involved in a scandal after the other. In 2008, fans discovered that Taeyeon was in a dating scandal with JYJ’a Junsu. This happened when Girls’ Generation had a collaborated performance with Junsu. The two K-Pop idols seemed to be interacting while performing on the stage. There are photos available on the internet captured by fans when the two are seen holding hands live on stage. Most people were fully convinced that there was a love triangle between the idols. However, SM Entertainment did not release any information concerning the scandal.

Yong Junhyung was referred to as the Beast in the KARA music group in the year 2011. Rumors regarding Goo Hara and Yong Junhyung scandal became trending news globally. The scandal occurred at a very critical point in their careers. They were at the peak of their music careers before the rumors became trending. The two K-Pop artists were protected by their managing agencies. Agencies, however, needed proof of evidence to prove the credibility of the claims that people were making. When fans revealed photo evidence of Goo Hara and Junhyung, their managing agencies had no option but to step in to confirm that the rumors were indeed true. Fans went ahead and encouraged the two to proceed with their dating life. They broke up in 2013 because they both had demanding work schedules.

4. IU and Jang Kiha Break up to Make up Relationship

When IU and Jang Kiha’s breakup back in 2015, it was a bombshell to K-Pop music fans around the world. No one had expected it to happen. IU strived to maintain her status as an idol by not appearing in any relationship scandal. But when picture evidence indicating that IU was secretly seeing dating Jung Kiha started surfacing, most people were shocked. To make matters more interesting, the artists had a huge 11-year gap, which made the story even more surprising. Luckily, fans supported their relationship because they seemed like a cute couple. They broke up and got together several times but eventually decided to call it quits after being in a relationship for four years.

Rumors of JYJ’s and Hani engaging in a secret dating affair surprise the whole world back in 2016. The pair had been specked several times together. What’s more? They were even spotted spending their Christmas Eve at some fancy hotel. Fans claim that Junsu made the first move on Hani, but this was the exact opposite case. Hani was a supportive fan of Junsu for many years. Fans did not approve of the relationship since the two had different characters.

K-Pop idols are prevented from dating since Koreans believe idols should not date. Whenever an idol is involved in a scandal and they are discovered, the news ends up trending.