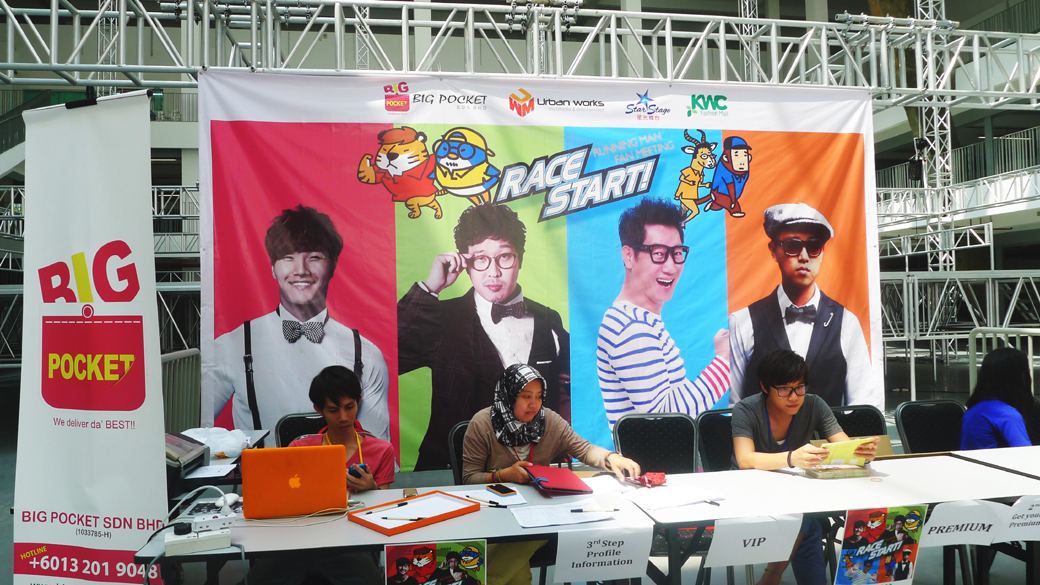 The Race is On! Pre-sales event for ‘Running Man Fanmeet in Malaysia’ draws over 300 fans! 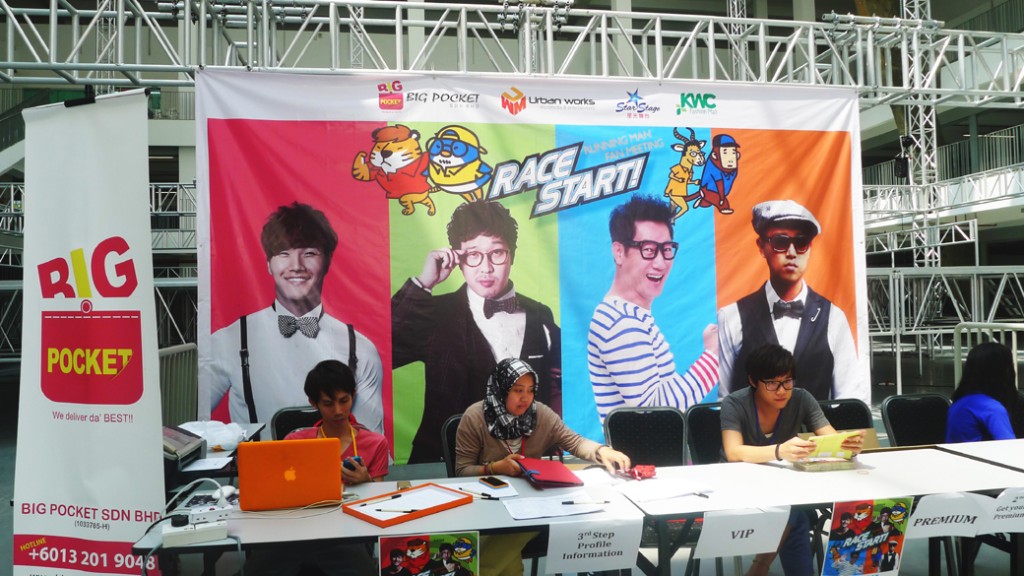 Despite it being the month of Ramadhan, fans still turned out in full force for the special early bird sale of Premium and VIP tickets for RACE START! Running Man Fanmeet in Malaysia.  The pre-sales event, which took place from 11:00 am to 1:00 pm on July 20 at KWC Fashion Mall’s Star Stage, received an overwhelmingly positive reception from many Running Man enthusiasts and ended with an overall turnout of approximately 300 people.

Many fans, including entire families with young children in tow, waited from the wee hours of the morning (some as early as 4:00 am) in order to better secure their chances at purchasing the tickets of their choosing. Moreover, some dedicated fans arrived even earlier, planning to wait overnight so that they would be at the head of the queue.  Due to security reasons, however, they were advised by management not to do so and were asked to return home. Despite the situation, this dedication further proves how Running Man has carved a special place in the hearts of Malaysian fans, indeed making it a household name on local soil as well.

Due to the exuberant demand for tickets, almost all Premium tickets were snapped up during the pre-sale, with less than a hundred tickets left unsold at the end of the event. Approximately 200 VIP tickets were also purchased by those present at the special launch. The early morning rush for the pre-sale tickets ended the event 4 hours earlier than expected.

The actual fanmeet is scheduled to take place on September 7, at KWC Fashion Mall’s Star Stage, from 7:00 pm onwards, where Running Man stars Kim Jong Kook, Haha, Gary and Ji Suk Jin will grace the stage to meet their Malaysian fans. Organized by Big Pocket Group, the Running Man fanmeet is the second in their Running Man Asia Tour after the group’s fanmeet in Hong Kong on July 13.

For fans that missed the special ticketing launch on the 20th, Premium and VIP tickets are still available for purchase, but for now these tickets can only be bought from Big Pocket directly. Contact 03-5613 1477 or send an e-mail to [email protected] to book your tickets with the prices mentioned above.  Online ticket sales for tickets priced RM369, RM269 and RM169 will begin on July 21, via Ticketcharge.

Do check out the happenings of the special ticketing launch in the gallery below! 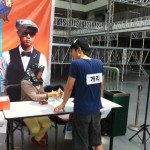 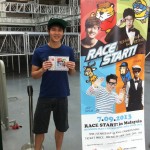 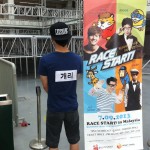 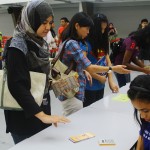 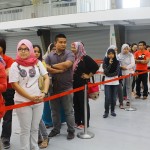 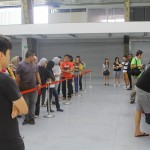 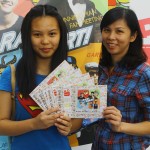 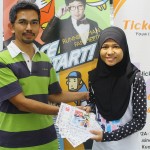 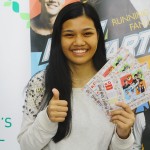 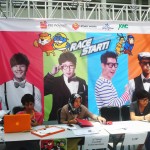 Special thanks to Big Pocket Group for the media invite!

We need your support! If you have enjoyed our work, consider to support us with a one-time or recurring donation from as low as $5 to keep our site going! Donate securely below via Stripe, Paypal, Apple Pay or Google Wallet.
FacebookTwitter
SubscribeGoogleWhatsappPinterestDiggRedditStumbleuponVkWeiboPocketTumblrMailMeneameOdnoklassniki
Related ItemsBig Pocket GroupGaryHaHaJi Suk JinKim Jong KookKWC Fashion MallmalaysiaRace Start! Running Man fanmeet in MalaysiaRunning ManStar Stage
← Previous Story SHINee, EXO K and Dal Shabet to perform at Kpop Republic in the Philippines
Next Story → Happy 1st anniversary to C-Clown!