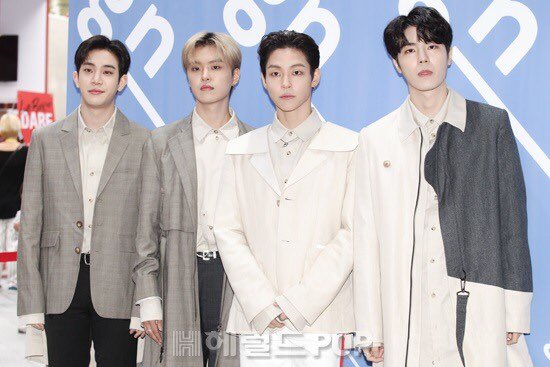 The Rose had begun taking legal action to ask for exclusive contract termination.

The Rose has filed an official legal request for the termination of their exclusive contract with current agency J & Star Company.

On February 28, the band was confirmed to have sent out a certification of contents requesting for contract termination recently with their current agency. In this, they cited various reasons such as breach of trust, violation of contract, and failure to settle payment which led them to their decision.

The rising Korean band, composed of Kim Woo Sung, Park Do Joon, Lee Ha Jun, and Lee Jae Hyung, shared that the agency promised that they would receive monthly revenue reports when they signed an exclusive contract with them.

However, even after three years since they debuted, the group was unable to receive payments as well as any of the said revenue reports which would have shown them their proper revenue calculation.

Additionally, the members shared that there were several incomprehensible amounts and items in the account. They said that they requested an explanation recently, but were unable to receive an answer from the company.

Moreover, the quartet noted the unreasonable schedule of activities as one of their problems as well after the agency failed to inform them of a planned tour.

The Rose shared that J & Star Company has planned 17 concerts in 17 U.S cities to be conducted in just around 32 days without consulting the members. This, as the band noted, was a murderous schedule which required them to perform a concert every two days.

With all of these reasons, the band has decided to halt their schedules and pursue legal action against the company. The quartet also noted that they are aware of the negative impact this might have on their activities, including scheduled broadcasts, while arriving at their recent decision.

“We just want to end the exclusive contract as soon as possible. We apologize to our fans,” the band members briefly stated.

In response, J & Star Company had sent a certification of contents refuting the band’s claims. Moreover, they stated that the agency announced and discussed schedules with the group beforehand.

“We also provided revenue reports for the entire exclusive contract period to the group, and we confirmed through documents that they received it. Currently, The Rose has refused to speak with the company. After unilaterally giving notice of the contract termination request, they have unilaterally notified that they refuse to participate in scheduled broadcasts and performances which they promised their fans about,” J & Star Company added in their official statement.

Members and Fans on Social Media

Through their personal Instagram accounts, the band’s four members posted screenshots of the article regarding their contract termination request without any captions.

In support of the group’s decision, fans also used the hashtag #WeStandWithTheRose on Twitter.

they deserve to be treated so much better, the fact that have been treated like this for so long absolutely breaks my heart, they are the most talented, deserving, inspiring people I've ever met and they will always have my support no matter what #westandwiththerose ❤️❤️ pic.twitter.com/bPP4OcbS2S

With these lawsuit its gonna even take even more time for the rose to get back and release their music & its gonna get hard but i hope you all remember why you stanned them in the first place & that they will always be worth the wait pls always stand by them?#WeStandWithTheRose

the rose are so brave for speaking up about it. blackroses are so proud of you boys!!! let’s fight together! #WeStandWithTheRose pic.twitter.com/dCffYJlSMO

dear The Rose,
you guys worked so hard you really do :')) you did amazing already ^^ hang in there boys, blackrose will be with you no matter what >< we got your back! remember blackroses love you!!!! #WeStandWithTheRose pic.twitter.com/VktQYKgfYQ

they deserve so much. they love so much and write beautiful music to show it to us. for their company to do this to them is ridiculous. #WeStandWithTheRose pic.twitter.com/2X3ToBx0vK

they're really so talented and work so hard, they just deserve an agency who can treat them as they should be treated….we will wait for them forever and always #WeStandWithTheRose pic.twitter.com/bOHo5Qu1IV