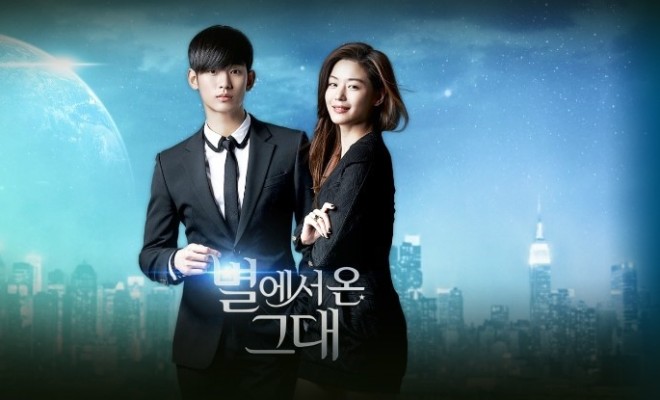 The U.S. to remake ‘My Love from the Star’

The Hollywood Reporter has stated that the hit Korean TV series My Love from the Star starring Kim Soo-hyun and Jun Ji-hyun will be remade as an American version on the ABC channel.

My Love from the Star aired between December 2013 and February 2014 and was a huge hit that brought another round of the K-drama fever in Asia, especially in China. It has 21 episodes in total and is a love story between a human-looking alien (Kim Soo-hyun) and a top Korean star (Jun Ji-hyun).

ABC has reworked this drama’s plot to one of world-famous pop star Lark and her anti-social neighbor James, who happens to be from a different planet.

The original writer Park Ji-eun will be the executive producer of this remake and will work with Moon Bomi from HB Entertainment. The show will be a collaboration between HB Entertainment, EnterMedia Contents, and Sony Pictures Television.