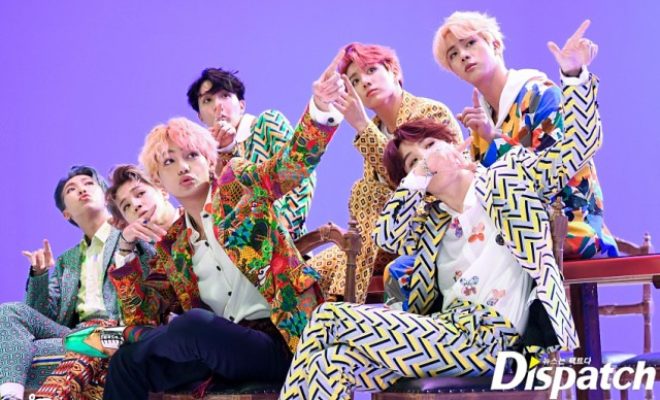 Possible Theories Explaining The Popularity Of K-Pop In America

K-pop made many efforts to enter the U.S. market but succeeded only now. How did that happen? Who won the hearts of American music fans?

People learn languages for different purposes; some of us want to pursue a translator career, while others only wish to enrich their skills portfolio or travel more meaningfully. But no matter the purpose, a new language always brings a whole new culture to us, and by studying it, we learn to understand its native speakers better. Thus, while millions of people learn English online today, other non-traditional languages gain popularity because of the growing interest in exotic cultures and a pursuit of better understanding of some cultural products, for instance, music. This is exactly the situation with Korean – K-pop has firmly entered the U.S. market, and it’s high time to understand why and how it happened.

Korean artists have a long record of attempting to break into the U.S. pop charts, as the efforts of the early 2000s and 2010s showed. The Korean bands such as Wonder Girls and Girls’ Generation, the solo artists like BoA and Se7en, as well as the company-wide efforts such as the label-wide concert of SM Entertainment at the Madison Square Garden all testify to Korean art producers’ avid interest in the American market. However, these attempts had only short-term successes and did not make it into the American mainstream.

There is hardly anyone in the world who hasn’t heard the catching song of a Korean rapper Psy “Gangnam Style” rocking the global charts around six years ago. The song was so simple and funny that it conquered the hearts of lots of people, young and old, and captured the U.S. minds for a long time as well. Moreover, it was not only the song but the funny dance of the singer that we all remember even now.

After the early acquaintance of American public with Psy and K-pop, some years passed, and the new wave of K-pop’s popularity started with the entry of BTS to the U.S. media market. In 2017, the band became the first K-pop group to be awarded the Billboard Music Award, while in spring 2018, they sold over a dozen of concerts across North America. That’s an unbelievable success for a Korean band.

So, Why Does K-pop Enjoy Popularity Now?

There is no clear reason for the sudden shift of the American public toward K-pop and the increasing interest in K-pop products, so most experts have nothing else but do the guesswork. Some analysts assure that the rise of K-pop is a sign of a broader trend of interest in the Asian culture. Music fans seem to be saturated with the mainstream Western music and celebrities’ looks, behavior, and products. Thus, they long for something unconventional – something that Asian stars deliver in abundance.

Others point out the androgynous appearance and appeal of K-pop celebrities and hint at the global trend of challenging gender conventions as the primary reason for K-pop’s rising popularity. Indeed, the members of BTS, for instance, wear ambiguous clothing and wear heavy makeup though all being male. That’s why their gender-neutral look may lay the basis for such claims. In the context of a long-standing struggle of feminists and transgender individuals for challenging the biological gender limitations, this may indeed be the sign of a greater acceptance of gender neutrality in the U.S. society.

No matter whether these claims and suggestions have a grain of truth or not, the fact is that Korean pop artists are increasingly popular in the USA. And it’s much more probable that their success is not a tribute to gender neutrality or Asian exotics, but simply a surge of American public for new music trends and new personalities in the U.S. show business. The TBS boys band members state that their music is essentially a call for consolation and healing, so maybe that’s what the American nation seeks in K-pop?

Hellokpop, as an independent Korean entertainment news website (without influence from any agency or corporation), we need your support! If you have enjoyed our work, consider to support us with a one-time or recurring donation from as low as US$5 to keep our site going! Donate securely below via Stripe, Paypal, Apple Pay or Google Wallet.
FacebookTwitter
SubscribeGoogleWhatsappPinterestDiggRedditStumbleuponVkWeiboPocketTumblrMailMeneameOdnoklassniki
Related Items
← Previous Story SHINee’s Onew Says Goodbye To Fans Ahead Of His Enlistment With A Handwritten Letter
Next Story → BigHit Entertainment Says BTS Members Are Safe After Car Accident In Taiwan
COVID-19 ALERT