tvN unveils three posters to build up excitement ahead of the show’s premiere.

Eun Ji Won and Lee Soo Geun will once again display their onscreen chemistry and variety wits through the upcoming show Three Meals in Iceland. To further draw attention to the program, tvN reveals, not one, not two but three posters that teases the show’s (and its stars) funny antics. 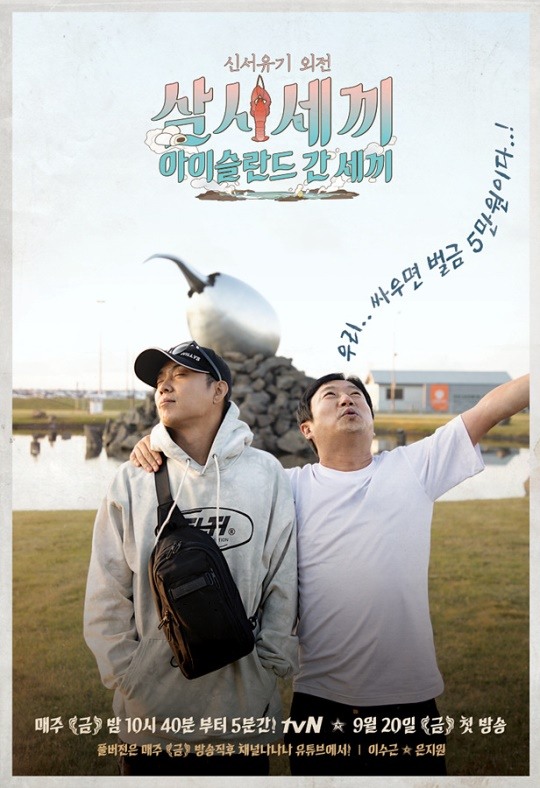 In the first poster, the SECHSKIES leader and Kang’s Kitchen’s all-around employee stand side by side. The poster contains the phrase “If we fight, the fine is ₩50,000”. This alludes to the love-hate relationship these two often have in the programs they starred in. The duo is often bickering and arguing over mundane things which viewers find entertaining.

The second poster is reminiscent of the adventure games they play on New Journey to the West where players need to meet certain deadlines. Meanwhile the final poster pays homage to the popular HBO series Game of Thrones. Lee Soo Geun wears a Daenerys (the Mother of Dragons) outfit. Meanwhile, Eun Ji Won, disguised as one of the dragons (more like a dinosaur), which chases after him. 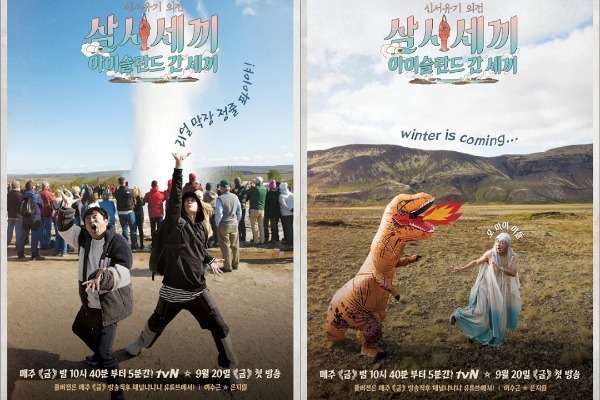 Three Meals in Iceland is another spin-off program born from the sixth season of New Journey to the West. Eun and Lee won an Iceland trip to see the Northern Lights. The program will follow the duo as they “claim” their prize. They flew to Iceland on September 1 and spent four days to capture contents for the upcoming show.

Touted as the “shortest regular entertainment show in the world”, Three Meals in Iceland will only air for five minutes each week. PD Na Young Suk and Shin Hyo Jung takes the helm on this one-of-a-kind program. It will premiere on September 20 at 10:40PM KST and full versions will be uploaded on Channel NaNaNa on YouTube.