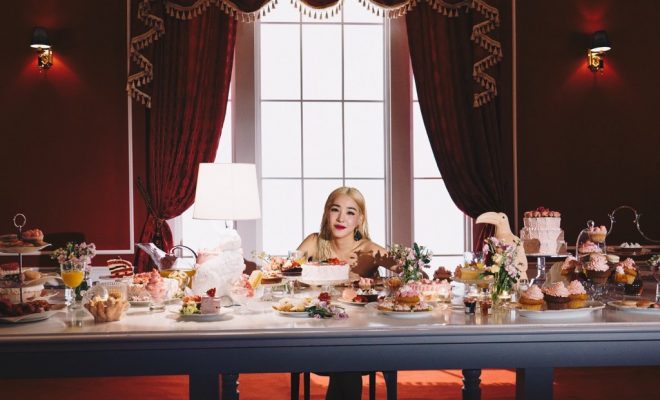 Tiffany has got her eyes on the Western music scene, and she is more than ready to take on the world.

Girls’ Generation’s Tiffany is gearing up to make waves in the Western music industry as she prepares to release her first American EP this year.

Titled Lips On Lips, the EP is slated for release on February 22, 12MN EST. The EP will be available for streaming at 2PM, KST.

To celebrate its release in South Korea, Tiffany will be appearing on V Live to talk to fans about the new EP and to perform a few songs live. Aside from this online performance, Tiffany also confirmed that she is working on an acoustic set to perform upon the EP’s release.

Lips On Lips contains five tracks, each an exploration of growth and oneself. The title track, “Born Again”, was released ahead of the EP’s announcement.

This latest release will also usher in Tiffany’s promotional activities in North America. Transparent Arts has confirmed that the songstress is slated to embark on a showcase tour in Toronto, New York, Chicago, Minneapolis, Seattle, Vancouver, San Francisco and Los Angeles this March.

Since launching her career in 2017, Tiffany has released “Over My Skin,” and held fanmeets in Thailand, Hong Kong, and Taiwan.

She has also been nominated in the best female soloist category in this year’s iHeartRadio Music Awards, which will take place on March 14.

FacebookTwitter
SubscribeGoogleWhatsappPinterestDiggRedditStumbleuponVkWeiboPocketTumblrMailMeneameOdnoklassniki
Related Itemslips on lipsTiffany
← Previous Story BTS Members V, Jungkook & Jin Lead Starmometer’s List Of Asian Heartthrobs For 2019
Next Story → Spotify Preps Up BLINKs To Sing Along With BLACKPINK During “In Your Area” Tour In Malaysia