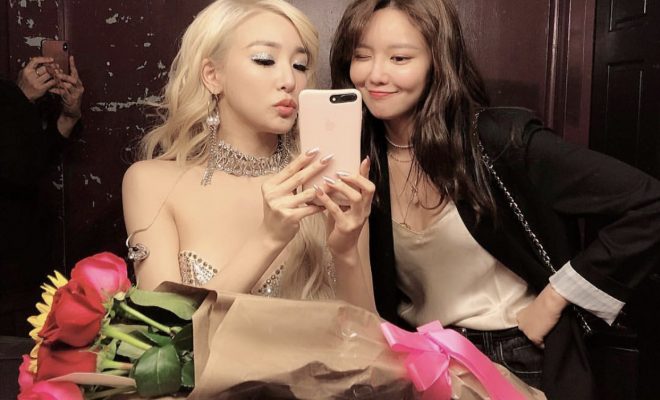 Sooyoung and Tiffany show us that distance is not an obstacle when it comes to friendship!

Girls’ Generation’s Tiffany and Sooyoung shared a meaningful reunion as the two reunited onstage during the Los Angeles leg of the Lips on Lips North American Mini Showcase Tour 2019.

The two performed Girls’ Generation’s debut song “Into The New World”, which got all the SONEs in the crowd singing along.

After that, the girls briefly talked about the concert, where Sooyoung shared how proud she was, to the point she almost cried when Tiffany began her performance onstage.

Tiffany also shared how grateful she was for Sooyoung taking time out of her busy schedule to attend the concert. She jokingly told the crowd that Sooyoung was in Los Angeles because “she’s a superstar and she has editorials to shoot.”

After the concert, Tiffany took to Instagram to express her gratitude to her friend: “Every night with you has been unforgettable and last night home in LA was the most perfect way to end”, Tiffany shared. 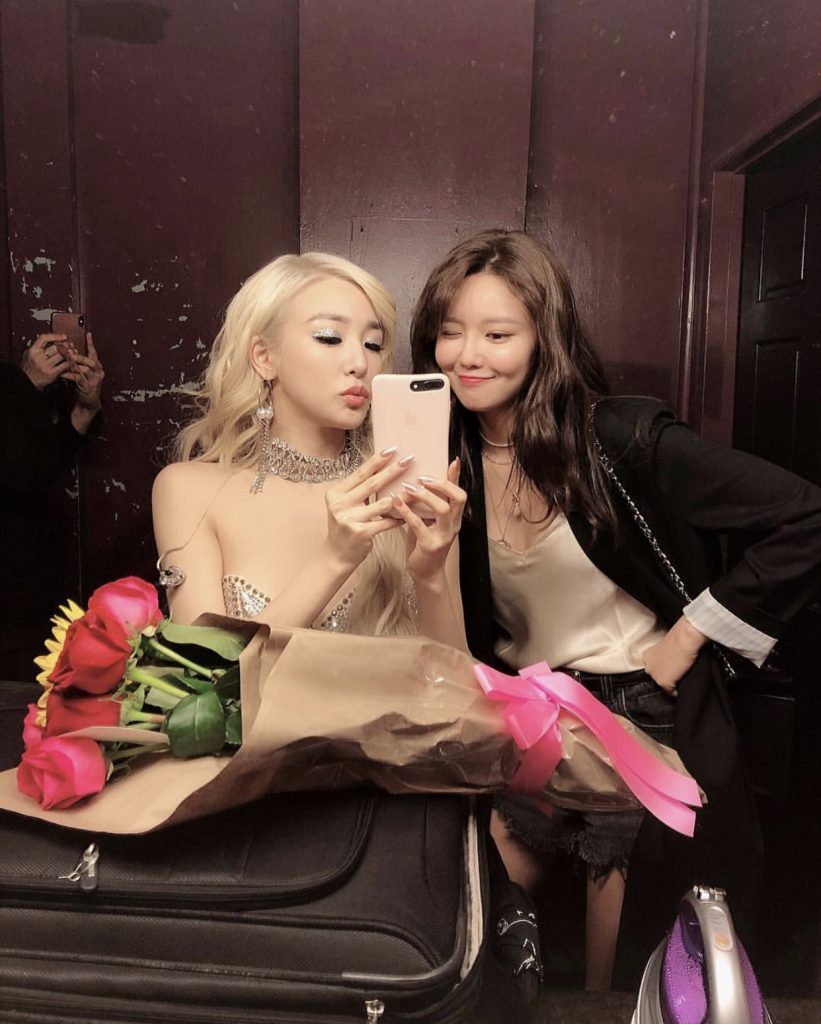 Sooyoung also took to InstagramInstagram to congratulate Tiffany on her endeavors. The model shared how she “couldn’t find the words to say” just how proud she was of her. She congratulated Tiffany on the massive success of her showcase concert in Los Angeles. 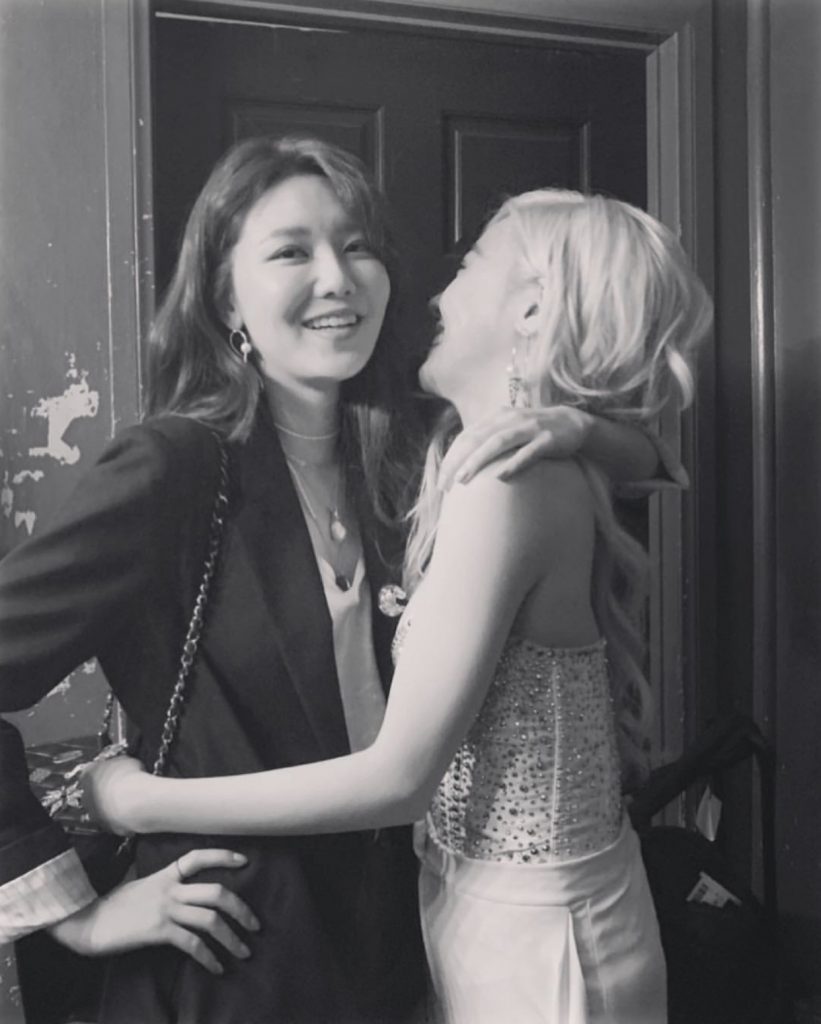 The internet also shared in Tiffany and Sooyoung’s happiness over this reunion. The pair’s relationship was described as an “Eternal Girlhood Friendship” by Korean netizens.

SONEs took to Twitter to express how they felt about the warm and beautiful friendship between their two idols— so much that it became a trending topic last night. 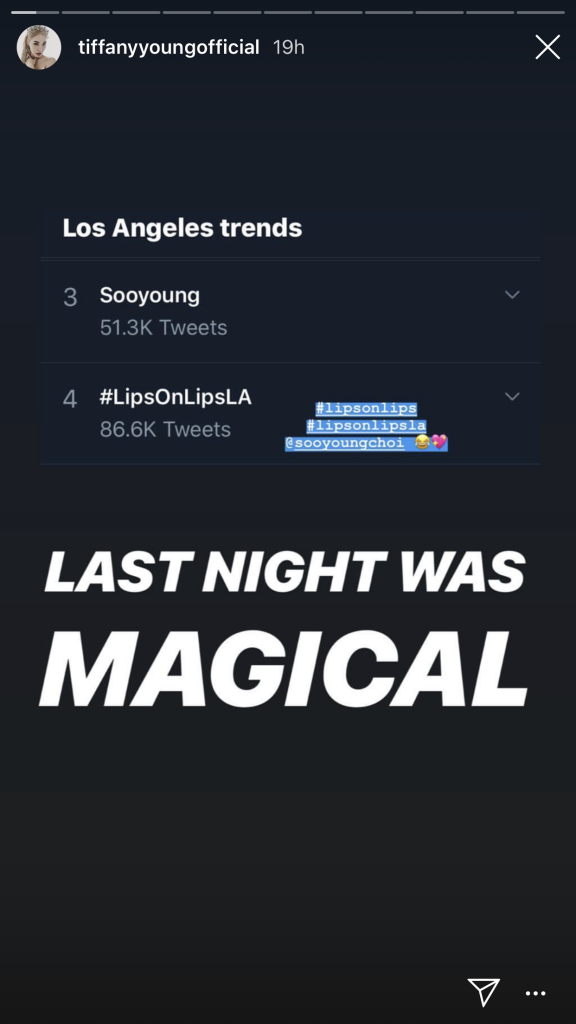