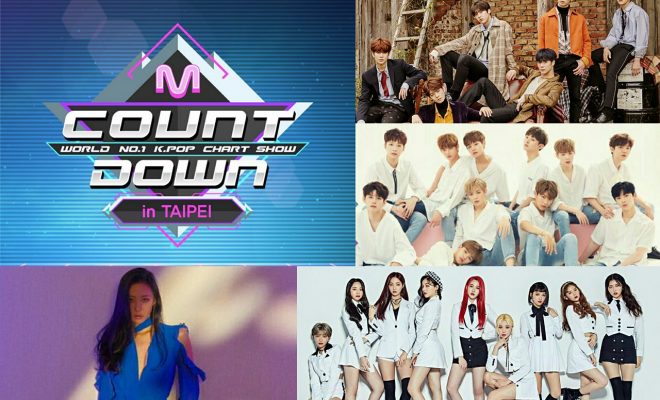 Guess Which Top K-Pop Acts Are Coming To M Countdown in Taipei?

Mnet brings M Countdown to Taipei in July – and of course, they’re bringing several of your favorites along!

Taipei Arena will be filled with excited screams from Taiwanese K-pop fans on July 5 as M Countdown brings the hottest K-pop stars of this generation for a night to remember!

Expect great performances from the stellar lineup and get a chance to participate in special events exclusive to the show! What’s more is that you could also meet and interact with your favorite artists – awesome, right?

Tickets go on sale this Saturday, June 9 at 1 PM KST via kham.com.tw – so make sure to mark your calendars and set your alarms!

Excited already? Check if you’re going to see your favourites in this star-studded show – here are the K-Pop artists coming to M Countdown in Taipei: 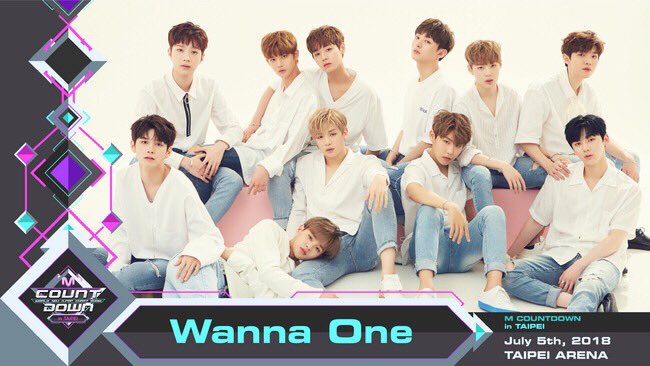 Wannables, it’s your time to meet all eleven of the number one boys in your heart! Jisung, Sungwoon, Minhyun, Seongwoo, Jaehwan, Daniel, Jihoon, Woojin, Jinyoung, Daehwi, and Guanlin are joining you in Taipei for a night you’d always wanna remember!

ALSO READ: Wanna One Officially Unleashed Golden Time In “ONE: THE WORLD” Seoul Kick Off 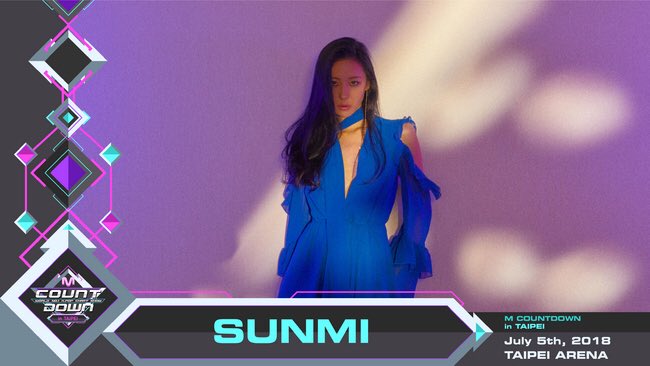 Been waiting to see your favorite heroine – aka the “Gashina” goddess herself, Lee Sunmi? Here’s your chance to see her in person!

ALSO READ: BIGBANG’s Seungri To Collaborate With Sunmi For His Solo Comeback? 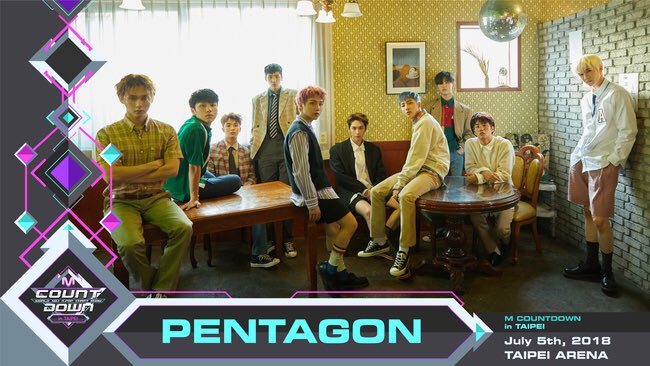 Ready to meet your biases in Pentagon? Get a chance to see Jinho, Hui, Hongseok, E’Dawn, Shinwon, YanAn, Yeo One, Yuto, Kino, and Wooseok up close on M Countdown in Taipei, Universe! 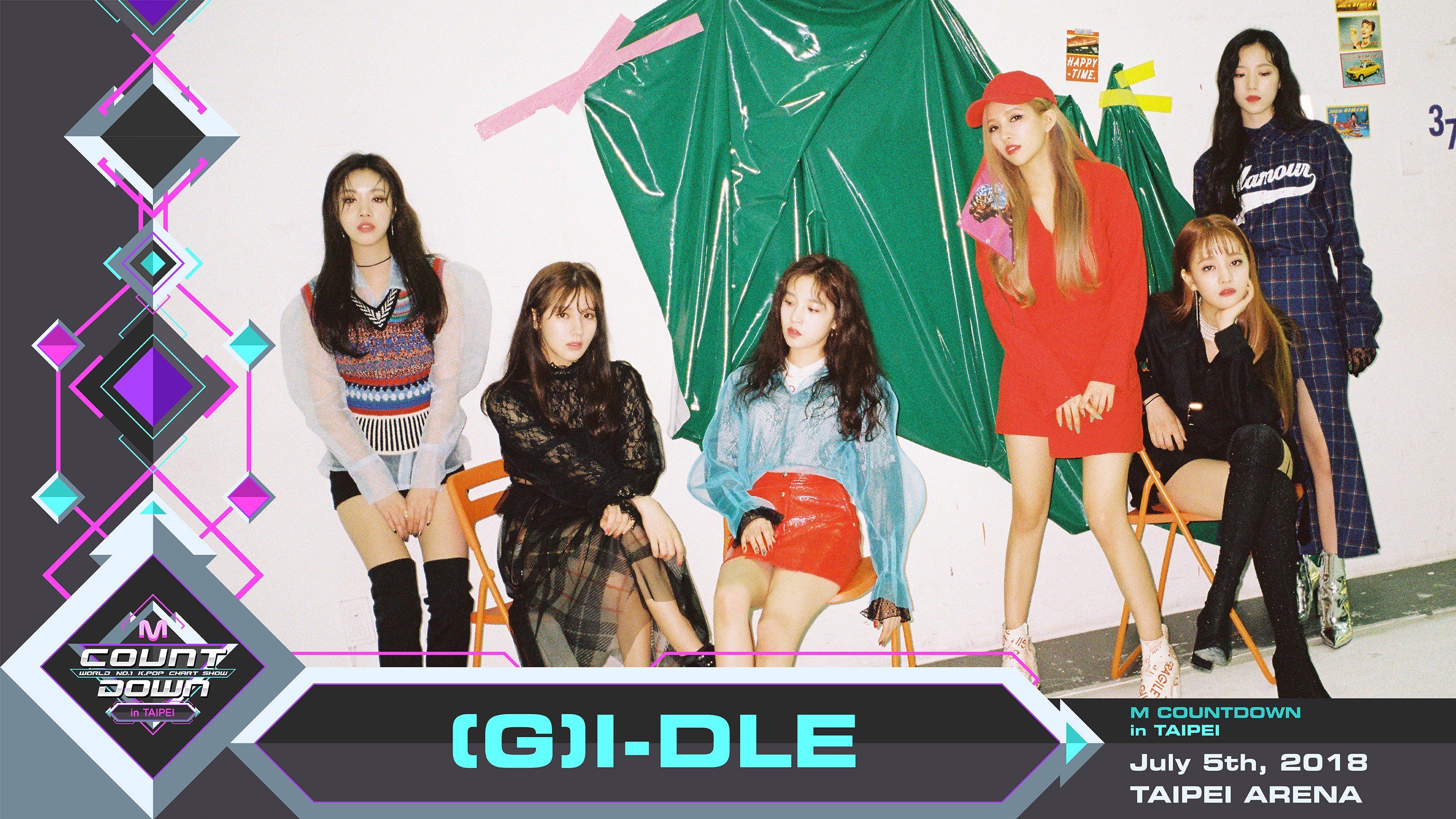 Can’t get “Latata” out of your head lately? Maybe watching Miyeon, Minnie, Soojin, Soyeon, Yuqi, and Shuhua perform live and getting a chance to interact with them can cure that! 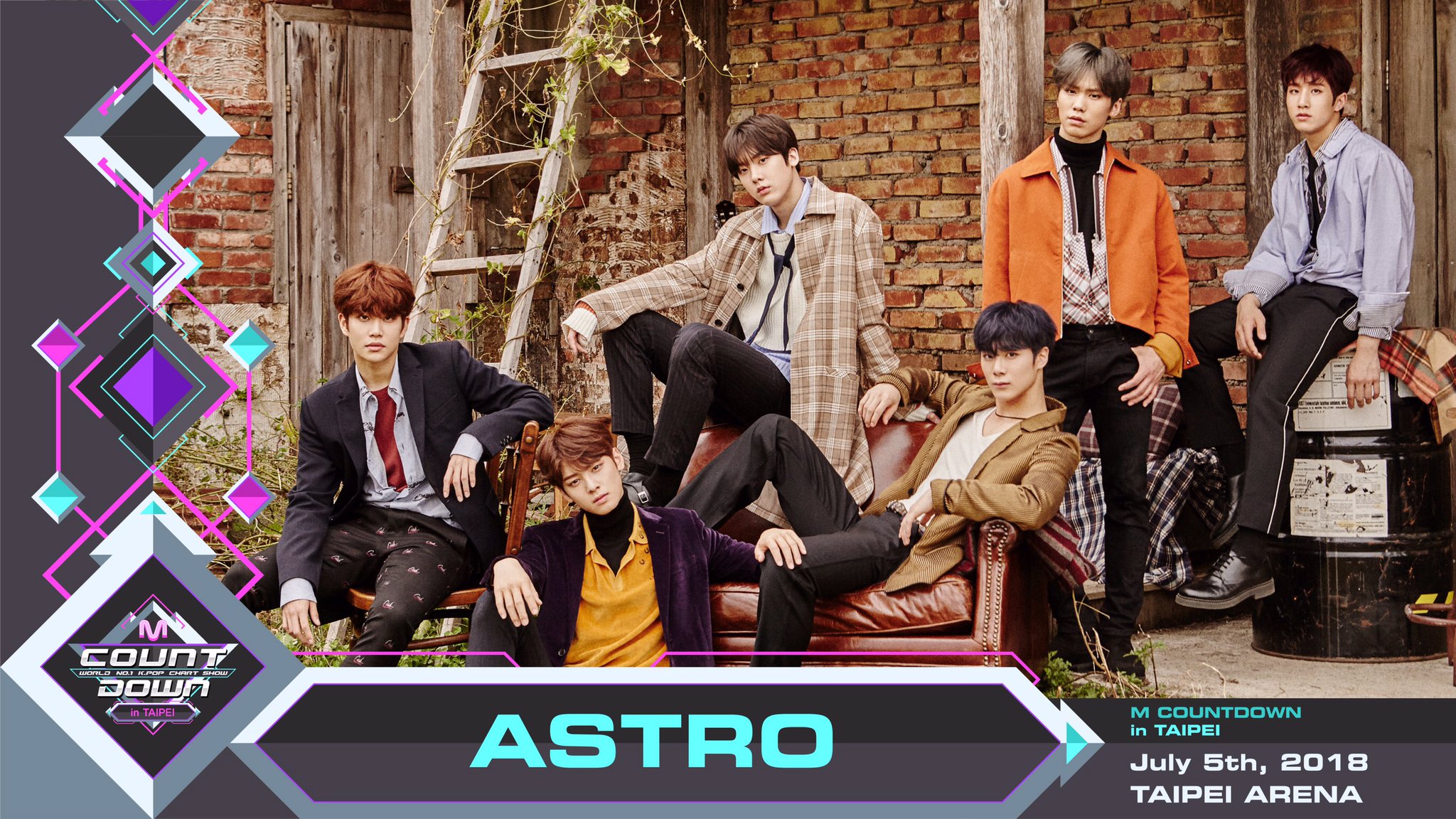 Arohas, we’ve got an out-of-this-world gift for you! Light up your universe by catching JinJin, MJ, Cha Eunwoo, Moonbin, Rocky, and Sanha live in M Countdown in Taipei this July – what a treat, right?

ALSO READ: Your Fan Requests Made It – Meet the Cast of New Drama “My ID is Gangnam Beauty”! 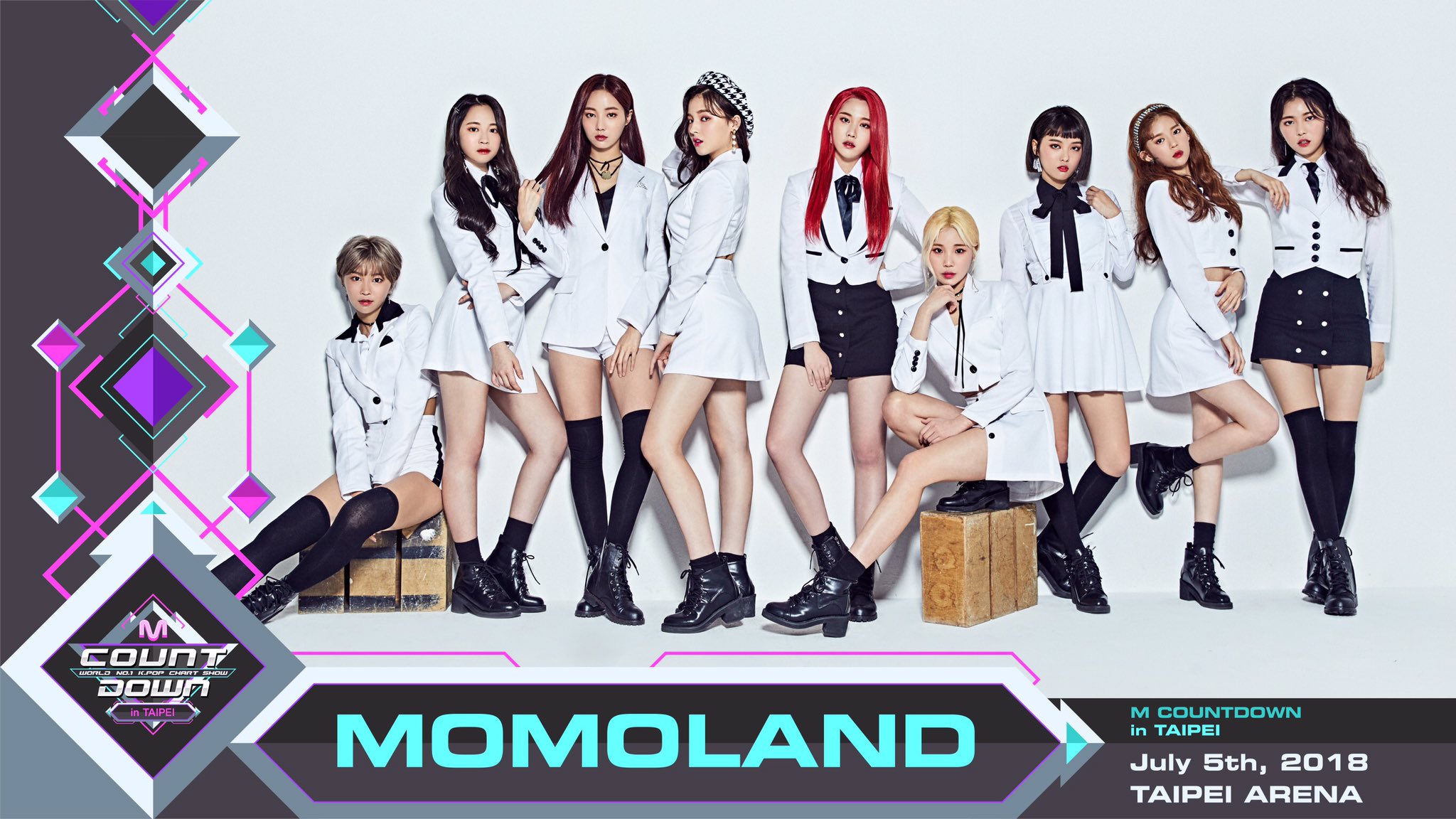 Get ready to watch the girls who “Bboom Bboom”-ed their way into our hearts as Hyebin, Yeonwoo, Jane, Taeha, Nayun, Daisy, JooE, Ahin, and Nancy take on the stage in Taipei this July! 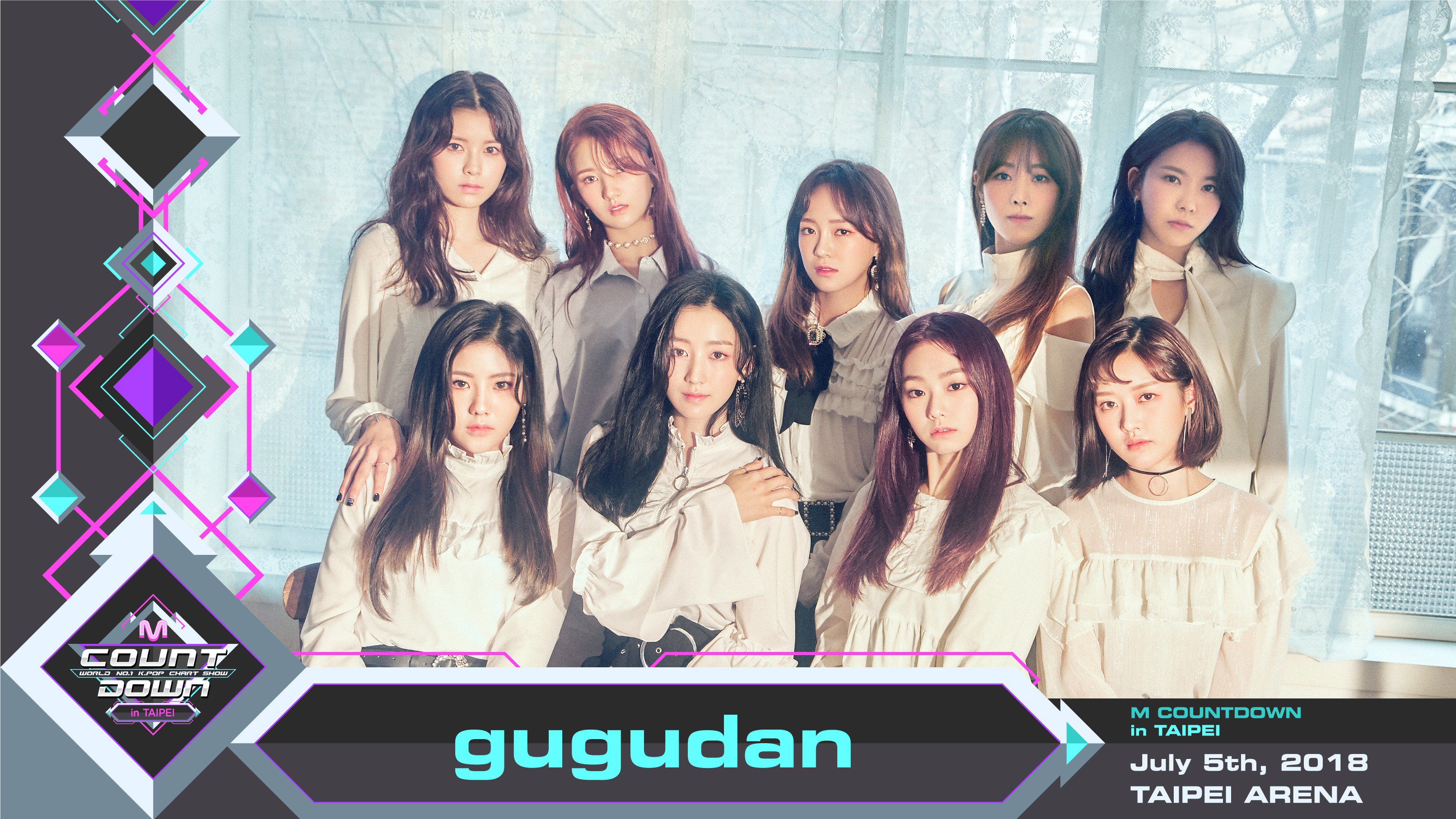 Dan-jjakn, make sure you score your tickets to M Countdown because Hana, Mimi, Haebin, Nayoung, Sejeong, Sally, Soyee, Mina, and Hyeyeon are set to perform and meet some of you! 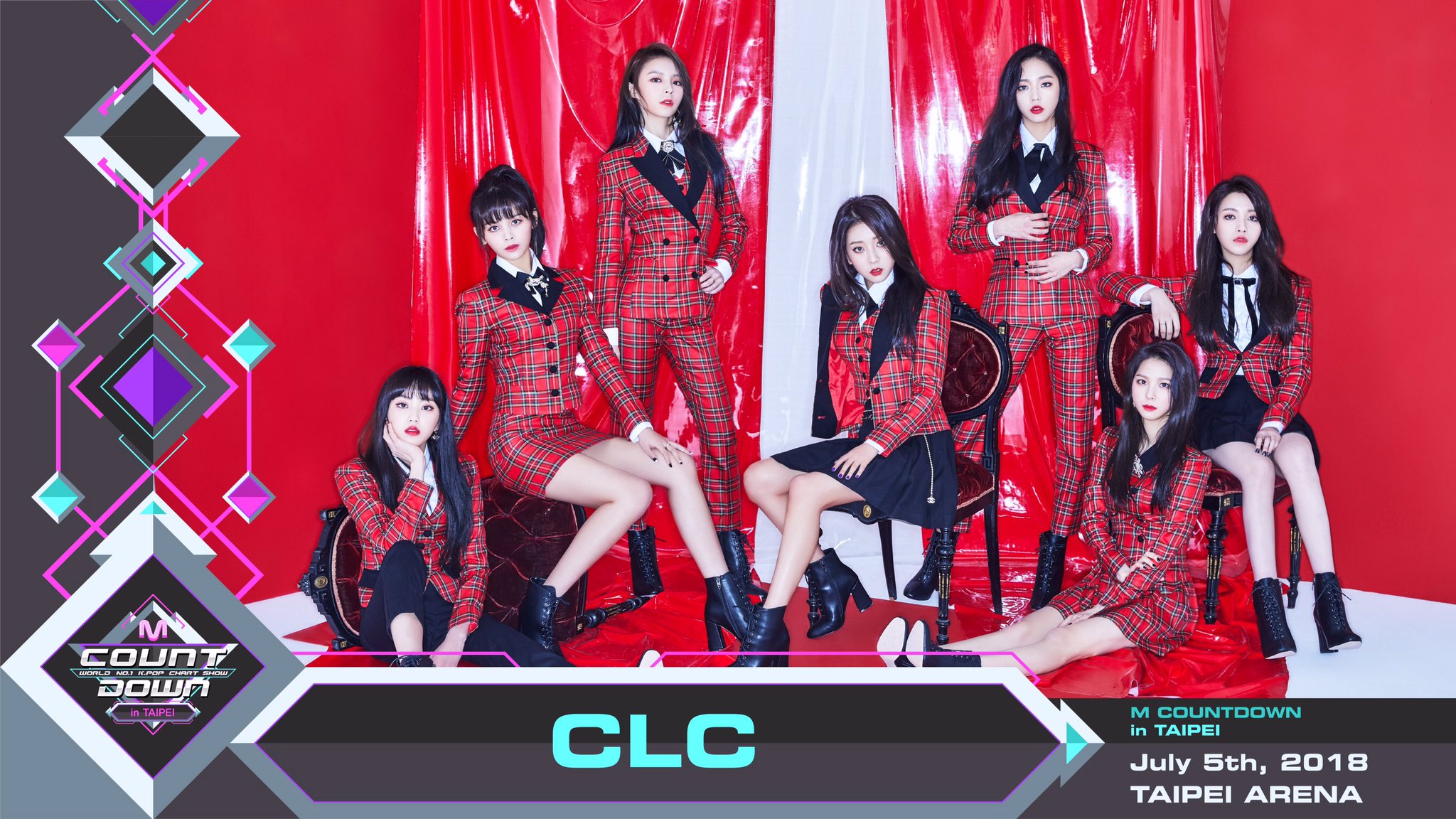 It’s crystal clear to us – we have to get the best seats to see Seunghee, Yujin, Seungyeon, Sorn, Yeeun, Elkie, and Eunbin live! Don’t you think so, too?

Which K-Pop acts are you excited to see in M Countdown in Taipei? Let us know by leaving a comment or tweeting us at @hellokpop!