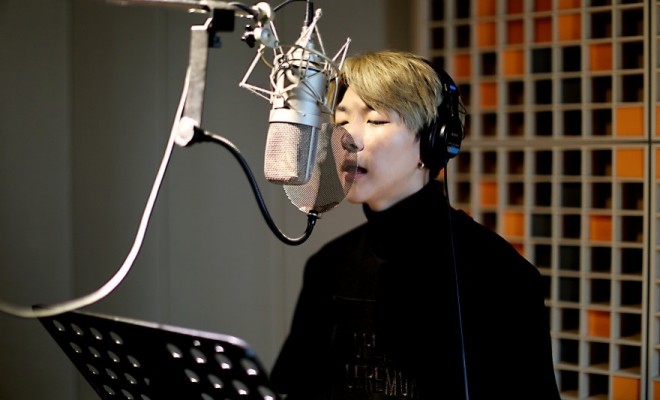 Topp Dogg’s Hojoon Touches Hearts With “That Time” For ‘Come Back, Alive’ OST

This turn, it is Hojoon’s turn to show his singing talent.

The latest OST, titled That Time, for the hit drama ‘Come Back, Alive’ was sung by popular hip-hop group Topp Dogg member Hojoon. The track was released via all music sites at noon on March 31.

That Time is composed and written by HEUKTAE, who has been working together with many K-pop artists, such as SHINEE’s Jonghyun, INFINITE, Miss A, Lovelyz, and many more. The song is a traditional Korean ballad about a man, who is filled with regret after the breakup from his lover. Hojoon’s clear voice sincerely conveys the emotions of the hero and heroine.

Watch Hojoon’s introduction for That Time:

Listen to the sample track below:

About a month ago, Topp Dogg released the track Feel Alive, which has since garnered nearly 200,000 views on YouTube. Feel Alive was written by members Nakta, Yano, and Atom.

Netizens Dig Out This Underrated Music Video From Topp Dogg