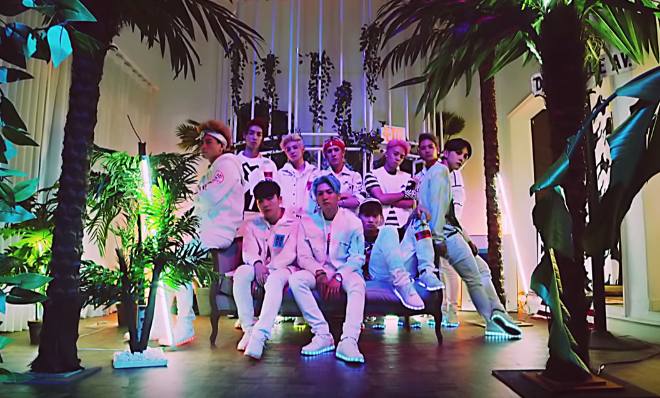 International Topp Klass, if you ever wanted an opportunity to chat and interact with the boys of Topp Dogg in real-time, here’s your chance – because the members will be conducting a live Global Fanmeeting with Topp Klass worldwide through the Periscope app on Thursday, October 15th. 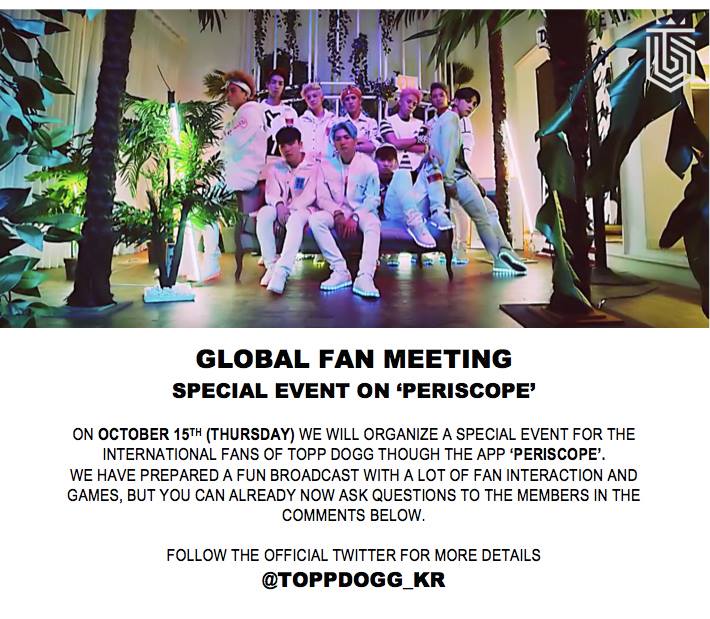 The Global Fanmeeting is a special event organized with Topp Dogg’s international fans in mind, and the members revealed that they have prepared a lot of fan interaction and fun games for the upcoming broadcast. In the meantime, fans can ask questions they would like the members to answer in the post threads, both on the group’s Facebook and Twitter pages.

The Periscope app has to be downloaded first before fans are able to view the broadcast. While waiting for the Global Fanmeeting and for their return with Emotion, take a spin of Topp Dogg’s pre-release track, O.A.S.I.S:

33
SHARES
FacebookTwitter
SubscribeGoogleWhatsappPinterestDiggRedditStumbleuponVkWeiboPocketTumblrMailMeneameOdnoklassniki
Related ItemsemotionGlobal FanmeetingO.A.S.I.SPeriscopeTopp Dogg
← Previous Story Zion.T Will Make You Feel Good About Yourself In “No Make Up” MV
Next Story → 2PM’s Jun.K To Send You A “Love Letter” This November + Solo Tour