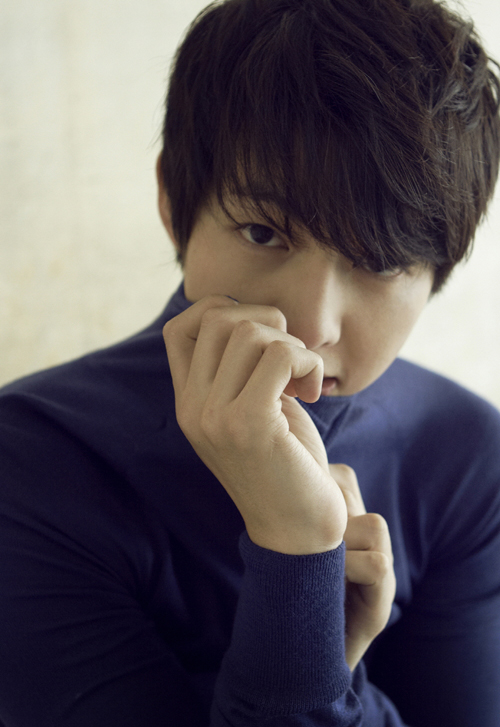 “I don’t want to keep rising. ‘Popularity’ is something that if you keep going up, you will also have to come down some day as well. Popularity is something not only celebrities but human are afraid of. I want to become ‘thick’ from the different experiences I have. So that when the popularity does drop, I will have a thick hardened skin, so I won’t be hurt as much. I want to become wider through the experiences I am able to get instead of going straight upward. Honestly, I have become popular, but I don’t have much experience so I’m very lacking to receive such attention. I want to become someone like senior actor Han Seok-gyu.”

There’s been a saying that 2012 was started with the ‘trend icon’ actor Kim Soohyun and ends with Song Joong Ki, that’s how popular these two have gotten. Regardless of these saying, Song Joong Ki was humble toward it. On November 16th, the reporters who joined him for lunch asked him this to himself, “Am I really that popular?”

“Am I really that popular? I’m honesty not sure. Through popularity, I am able to get some more roles but I try to keep my heart humble so that I don’t get the mistaken thoughts. Seniors like Jo InSung and Cha Taehyun give me a lot of advice.”

As an actor, we’re thinking that this year will be an unforgettable year. With the drama Nice Guy being a charismatic character and through the movie A Werewolf Boy, many people are saying ‘they have rediscovered Song Joong Ki’.

“As I am also human, I am very excited that the movie A Werewolf Boy is so successful. I was supposed to be looking at my script at the drama scene but I was checking the homepage for the movie. Then I kept thinking to myself ‘I shouldn’t be doing this right now. I should be focusing on the drama now’ and tried to calm myself down. Even though I’m very tired these days, I’m very thankful and happy with everything now. So starting tomorrow, I am going to try promote the movie throughout the nation which I wasn’t able to do properly due to the drama.” 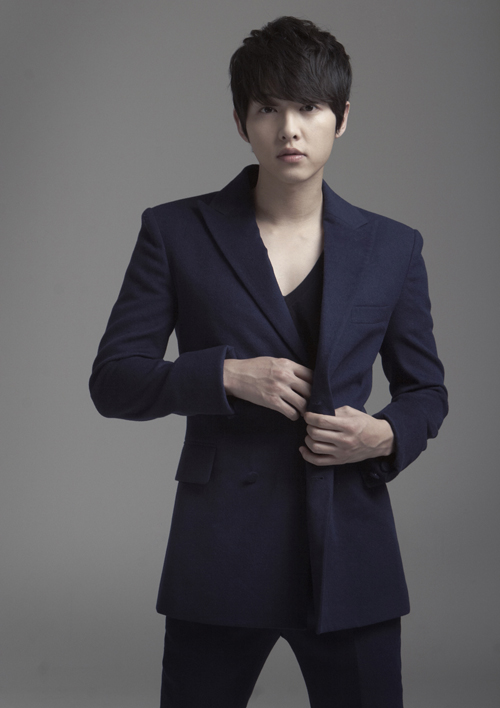 For the drama Nice Guy, we assumed it was a piece he kept close to his heart. As we asked him to select the major scenes and sayings from the drama, he hesitated and thought deeply to answer.

“When the stylists asked me yesterday, ‘Oppa, what was the scene that was most memorable to you?’ So I’ve been thinking. As for a man it’s hard to erase his first love, I think when Kang Maru said to Jaehee (Park SiYeon), “My heart for you is finished” and instead of crying in front of her, he cries outside of her sight. I think that was the most memorable moment for me.”

“To a man, his first love is someone of great importance. As you can see in the movies Architecture 101 (건축학개론) and A Werewolf Boy, men who watch these can really relate to the story of their ‘first love’. I watched Architecture 101 about 3 or 4 times already. I don’t think I will ever forget my first love either. But I heard recently my first love got married.”

Like in the drama Nice Guy, he is devoted to his love Seo Eunki (Moon Chaewon). In the movie A Werewolf Boy, he shows even more dedication and loyal love toward the Park BoYoung‘s character. From Song Joong Ki’s perspective, how does Moon Chaewon and Park BoYoung look like to him?

“Park BoYoung is very proper in basics and straightforward. If  I am uncomfortable from outside the drama scene, I will be uncomfortable in the film set but since I’ve been friends with Park BoYoung for a while, it is a little easier. It must have been hard for her to act with me because I had no dialogue but she didn’t complain once and completed the filming so I was very touched by that. On the other hand, I thought Moon Chaewon would be very cold and stiff but even though we didn’t sleep for two nights straight, she didn’t lose focus and worked very hard. I was surprised at her faithfulness and I respect her very much for that. Actress Park SiYeon is similar as well.” 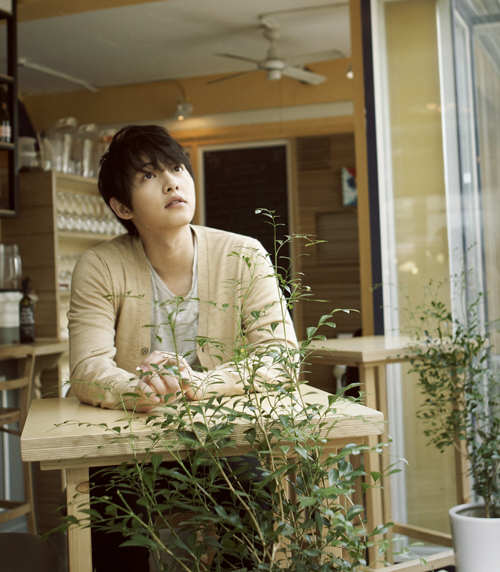 We think that the drama Nice Guy has become the turning point in Song Joong Ki’s acting career. The viewers say that it shows a mature side and also how well Song Joong Ki could act the character in the drama.

“I actually really feel the emotions that the characters are feeling. I’ve heard that the pieces written by author Lee Kyung-hee are complicated at times so I was afraid, but I was able to live as Kang Maru. So I think this piece is something more meaningful to me as well. I kept wanting to cry at some scenes too.”

For the first time, Song Joong Ki sang a ballad OST track Really for the drama Nice Guy which has caught many viewers and fans’ attention, winning praises that he could sing well.

If you have not listened to it yet, watch Song Joong Ki’s impressive vocal singing Really: