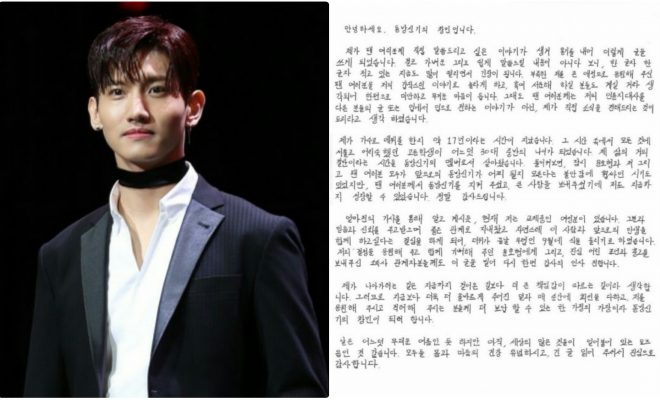 Congratulations to TVXQ’s Changmin and his girlfried for this upcoming beautiful new life journey they will take together!

Wedding bells are ringing for TVXQ’s Changmin and his non-celebrity girlfriend as the idol announces their upcoming marriage through a letter to his fans! 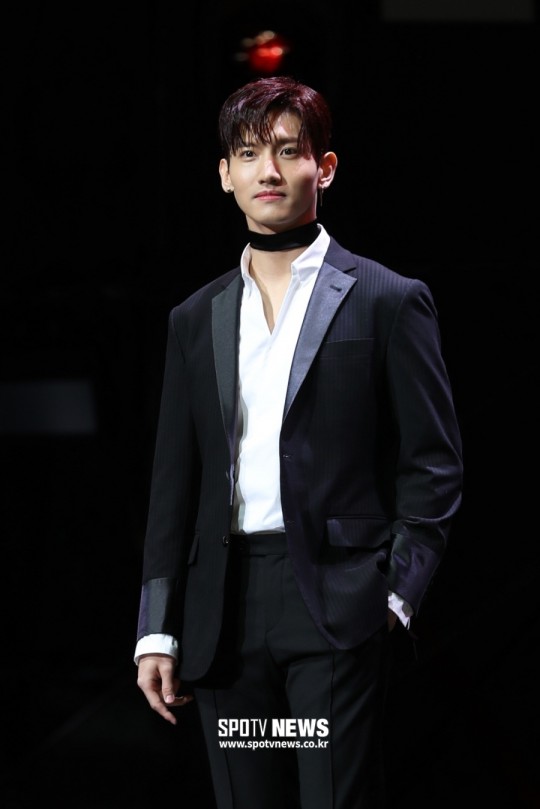 On June 12, the singer informed his fans about the beautiful new journey he will begin in life by exchanging wedding vows with his non-celebrity girlfriend this September. Through a handwritten letter on the fan club application Lysn, he shared his decision and promises regarding his new path.

The TVXQ member got to know his girlfriend through an acquaintance, and they later on became a couple. The relationship of Changmin and his girlfriend, who have been steadily loving each other, has eventually come to fruition through marriage.

I had something I wanted to personally tell our fans, so I took the courage and wrote this. Since it’s not something that I could say lightly and easily, I’m still very nervous even now as I write down every word.

My heart feels apologetic and heavy because I think some of you, who supported me with great love, might be shocked and upset by my sudden announcement. However, I thought it would be right for me to tell you the news myself instead of hearing it from others.

It’s been about 17 years since I debuted as a singer. As time passed, a high school student who was clumsy in everything is now in his mid-30s. I have lived almost half of my life as a member of TVXQ.

Looking back, there was a point where I, Yunho hyung, and our fans were worried about what will happen to TVXQ in the future. However, we were able to grow up until this point because of all the fans who protected TVXQ and sent us great love. For that, thank you very much.

As you know from recent news, there is a woman who I am dating. I have a good relationship with her and we have faith and trust in each other. Naturally, I decided that I want to share my life with her, so we decided to hold our marriage ceremony in September when the heat cools fown.

I would like to thank Yunho hyung for supporting and celebrating my decision, as well as our agency’s officials for their sincere advice and messages.

I think the path I’m trying to take is a path with greater responsibility than the [other] paths I’ve taken [in life] so far. Therefore, I will do my best in every moment and work harder and properly more than ever. I will both be the head of a family and a Changmin of TVXQ who can repay those who support me and encourage me even more.

While the weather feels like a hot summer already, it seems like many things in the world are frozen these days. So, please take care of the health of your body and mind, and thank you very much for reading this long letter.” 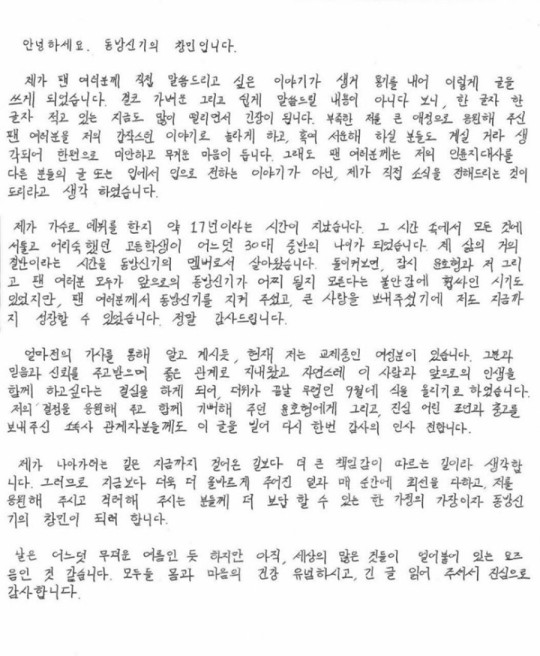 Following this, TVXQ’s agency SM Entertainment confirmed the wonderful news about Changmin. They added that, in respect to his non-celebrity girlfriend and her and his families, the singer will be getting married privately on September 5. There will also be no changes on his activities as a TVXQ member and singer.