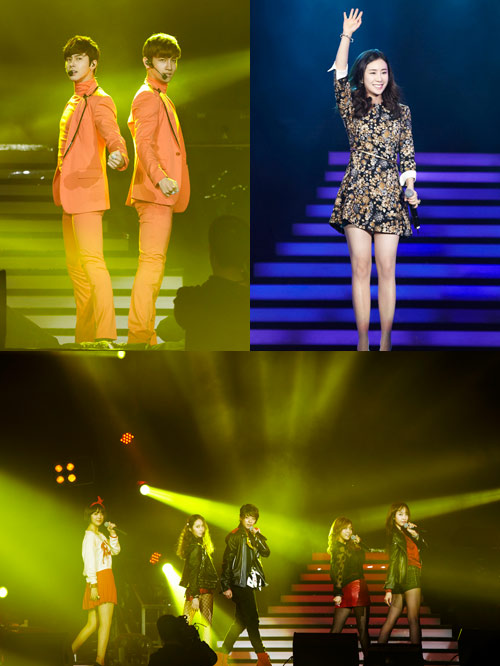 The Sichuan Satellite TV created a spot for TVXQ, f(x), and Zhang Li-yin to participate and the artists were treated with VIP service and had the main focus of the Chinese media and press. The Korean media were once again able to confirm the rocketing popularity of these three SM artists in China.

TVXQ performed powerful stages with Catch Me, Humanoids and Why, while f(x) showed a lively stage with Electric Shock, Pinocchio and NU ABO. Zhang Li-yin confidently sang a couple songs in Chinese. With these powerful popular artists groups performing, the support and cheering grew even louder from the audience.