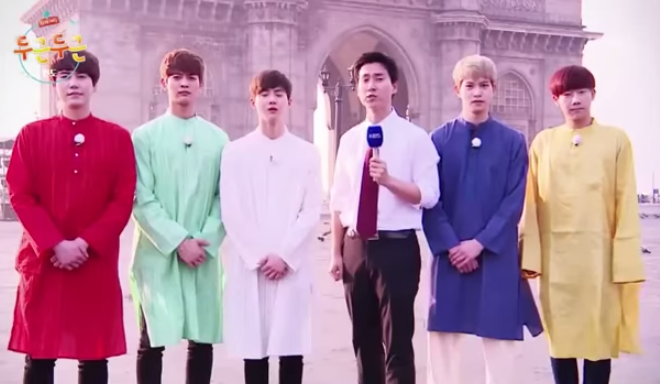 On the episode of Fluttering India aired on 24 April, TVXQ‘s Changmin talked about the five members of the show who traveled together to India.

On this day, Changmin said of Super Junior’s Kyuhyun that, “He is a hard-grained person. Someone that works at home. He is not material for a high position”. Continuing, he revealed that SHINee’s Minho is, “In one word he is simple and ignorant.” About CNBLUE’s Jonghyun, he said, “He is easy-going. A man. He is from Busan”.

Changmin then continued with INFINITE’s Sunggyu, “He likes cleanliness and being tidy. You could say he is a big special” and finally, regarding EXO’s Suho, he cheekily added, “I did not know Suho would be in Fluttering India. Something is weird anywhere you put him”, followed with his laughter.

Readers, are you following the show?