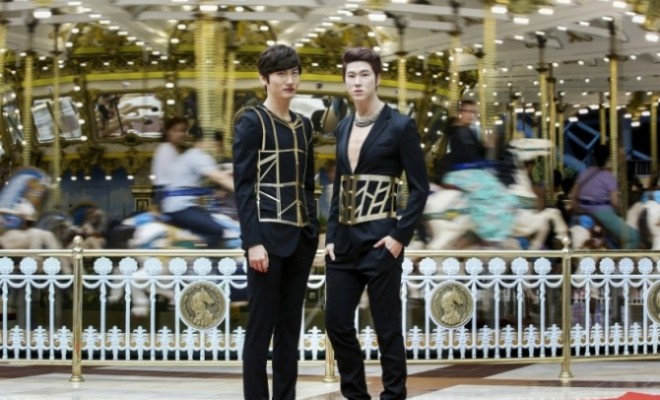 Cassies, get your cameras and phones ready as TVXQ‘s wax figures will be showcased for the first time ever in South Korea this weekend!

According to the wax museum Madame Tussauds in Seoul, Yunho and Changmin‘s wax figures are set to be put on display at a special exhibition in Lotte World, located in Sincheon-dong, on June 13.

The group’s wax figures were first showcased in Shanghai last year, and since then had made their way to Beijing and Hong Kong. It is reported that TVXQ’s figures were created within three months, by a professional team of 20 experts. Each figure costs up to 250 million won (approximately $225,000 USD).