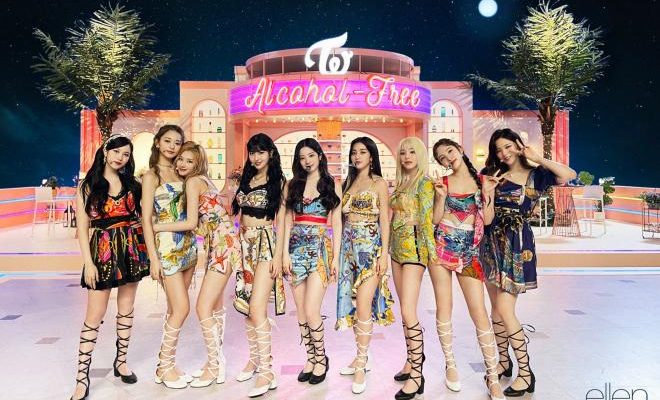 The “Summer Queens” are back!

Asia’s top girl group TWICE has recently graced The Ellen DeGeneres Show for the very first time and gifted viewers with the premiere performance of their latest bop “Alcohol-Free.” 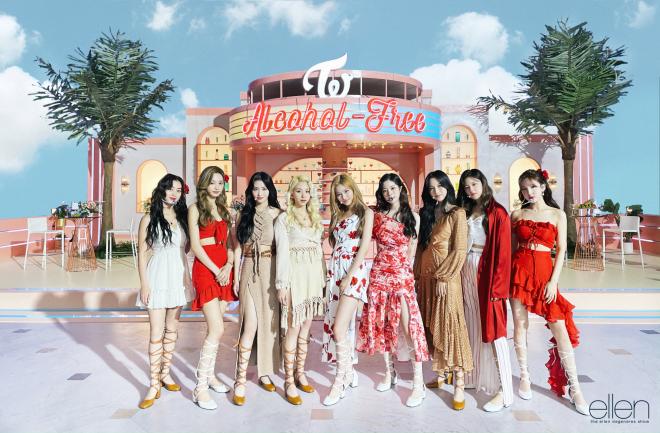 Produced by JYP Entertainment’s very own founder Park Jin Young, “Alcohol-Free” is the title track of the group’s 10th mini-album Taste of Love. It is a summer dance song that charms with its trendy hip-hop sound with nylon guitar and percussion reminiscent of the beaches of South America, and sweet wine in the lyrics.

Other new songs of the nonet include “First Time,” “Scandal,” “Conversation,” “Baby Blue Love”, “SOS,” and an English version of “Cry For Me.” Taste of Love will be officially released through various music sites around the world on June 11 at 1 PM KST.

During the performance, Jihyo, Nayeon, Jeongyeon, Momo, Sana, Mina, Dahyun, Chaeyoung, and Tzuyu sported tropical ensembles that highlighted their beauty and elegance. The transition from a hot sunny day to a romantic night gave a feeling of being together in a resort and gave pleasant energy.

Hosted by popular television personality, Ellen DeGeneres, The Ellen DeGeneres Show features celebrities from various fields. Moreover, it is a program that has high popularity in the United States.

Previously, TWICE made their debut appearance on another well-loved American television program The Kelly Clarkson Show in April and performed “CRY FOR ME.” Back in January, the group serenaded fans with their heartwarming track “DEPEND ON YOU” at TIME100 Talks event. The girls graced both events sans Jeongyeon who took her temporary break.