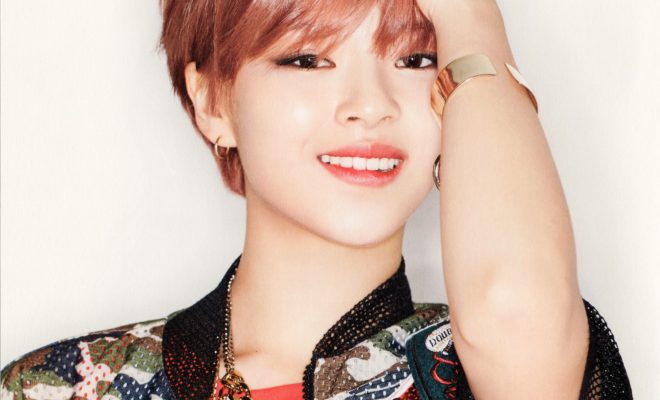 TWICE’s Jeongyeon Promises To Grow Her Hair: “Don’t You Want To See Jeongyeon In Two-Sided Ponytail?”

We do, Jeongyeon, we do!

Korean girl group TWICE took on pens and paper to write down their New Year goals for 2017.  The Mnet Asian Music Award’s Song of Year awardee also promises gifts and fan service upon the achievement of the goal.

Lead vocalist Nayeon promised to “come out from being dumb in technology machines”. She added that she will take many pretty pictures with her newly-bought camera. She will then show to fans by uploading the photos.

Dahyun, on the one hand, took pride on stepping into adulthood soon. The lead rapper of the group was born in 1998, and will turn 20 this year in Korean age. She also called on fellow high school students, Chaeyoung and Tzuyu, to come together to host V App. Dahyun ended her resolution with a ‘Happy New Year’ greeting.

“To smile a lot more than in 2016,” wrote Momo. She added that she will search for delicious food, and eat them in 2017. TWICE members will probably eat home-cooked meals, courtesy of Mina. The lead dancer of the group promised to cook at their dorm, and take a picture to prove her deed. 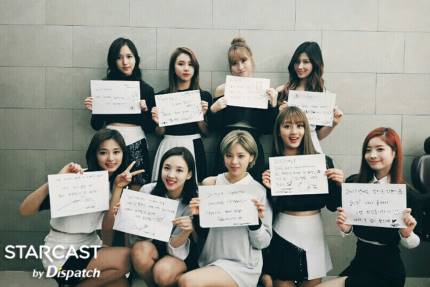 Japanese member Sana intends to expand her knowledge of Japanese by learning the Japanese standard language in 2017. The member, who took K-pop by storm with her “shy shy shy” line, will make a post on V App once she succeeds.

It seems fans are not the only one wanting to see a long-haired Jeongyeon in 2017. The lead vocalist of TWICE has set her mind to grow her hair this year. “Don’t you want to see Jeongyeon in two-sided ponytail?” she added.

Leader Jihyo shared her wishes for TWICE in her New Year goal. She wanted the group to hold a concert this year, meet their fans all over the world, and release another album. She ended her New Year goal with a message to ‘cheer up’ in 2017 without being ‘TT’.

Get glued to your V App, ONCEs. Tzuyu relayed her intention to “become more intimate” with their fans by hosting a solo V App more often, while Chaeyoung promised to improve on her piano for 2017. She also promised to upload her playing if she succeeds.

TWICE released its third extended play (EP) “TWICEcoaster: Lane 1” last October 2016, along with a music video of the title track TT. The music video for the track has already hit 100 million views on YouTube.

Hellokpop, as an independent Korean entertainment news website (without influence from any agency or corporation), we need your support! If you have enjoyed our work, consider to support us with a one-time or recurring donation from as low as US$5 to keep our site going! Donate securely below via Stripe, Paypal, Apple Pay or Google Wallet.
118
SHARES
FacebookTwitter
SubscribeGoogleWhatsappPinterestDiggRedditStumbleuponVkWeiboPocketTumblrMailMeneameOdnoklassniki
Related ItemsChaeyoungDahyunJeongyeonJihyoMinaMomoNayeonsanaTWICETzuyu
← Previous Story Pledis Girlz Reveals Official Name During Concert
Next Story → Ailee Makes Her American Debut With A New Alias