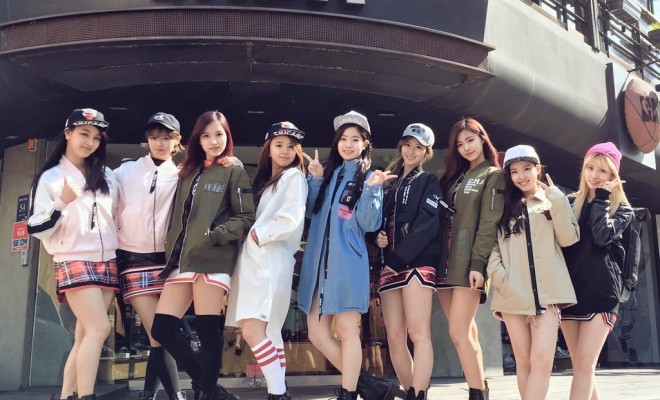 According to JYP Entertainment, girl group TWICE will be returning with a new album on April 25.

A teaser image of the girls dressed up as sporty cheerleaders was released on JYP’s official Facebook page, along with the hashtags: #Twice #CheerUp #20160425. A rep from the group’s agency said, “TWICE will become closer to their fans with a brighter and more lively energy.” 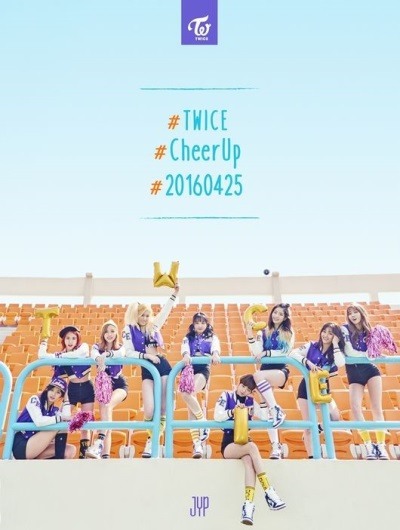 TWICE’s debut MV, Like OOH-AHH, recently amassed over 50 million views, making it the most-viewed debut MV in the K-pop history.

Hellokpop, as an independent Korean entertainment news website (without influence from any agency or corporation), we need your support! If you have enjoyed our work, consider to support us with a one-time or recurring donation from as low as US$5 to keep our site going! Donate securely below via Stripe, Paypal, Apple Pay or Google Wallet.
FacebookTwitter
SubscribeGoogleWhatsappPinterestDiggRedditStumbleuponVkWeiboPocketTumblrMailMeneameOdnoklassniki
Related ItemsCheer UpcomebackFacebookJYPjyp entertainmentK-popLike Ooh-AhhTWICE
← Previous Story Song Joong Ki And Park Bo Gum Blossom Like Spring Flowers In Bromance Photo
Next Story → EXO’s D.O Sends A Food Truck To Actors And Crew Of Sehun’s Movie ‘Catman’