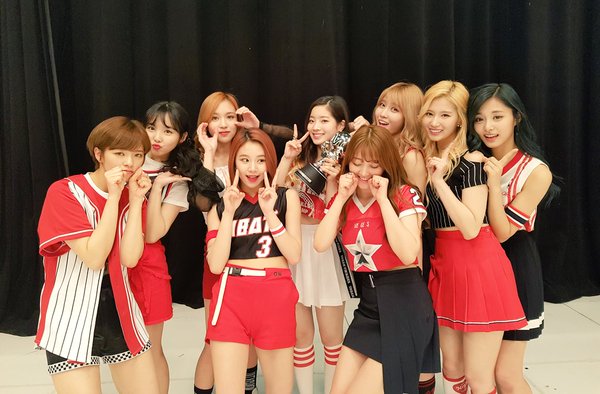 Get ready to cheer for TWICE’s comeback.

After TWICE‘s brief hiatus from its favorable Cheer Up promotions, JYP Entertainment has confirmed that its flagship girl group will be releasing its newest single on October 24, Monday.

The agency further revealed that the girls have once again worked with the producing duo Black Eyed Pilseung, who was actually behind TWICE’s successful debut song, titled Like Ohh-Ahh.

TWICE’s previous promotions have successfully gained a huge fan base to the girls as their official Facebook page has already hit more than one million likes. On YouTube, both of their music videos have almost hit a hundred million views.

Hellokpop, as an independent Korean entertainment news website (without influence from any agency or corporation), we need your support! If you have enjoyed our work, consider to support us with a one-time or recurring donation from as low as US$5 to keep our site going! Donate securely below via Stripe, Paypal, Apple Pay or Google Wallet.
34
SHARES
FacebookTwitter
SubscribeGoogleWhatsappPinterestDiggRedditStumbleuponVkWeiboPocketTumblrMailMeneameOdnoklassniki
Related ItemsBlack Eyed Pilseungjyp entertainmentTWICETwice Comeback 2016
← Previous Story Byul And Haha To Welcome Their 2nd Child Next Year
Next Story → EXO’s Chanyeol To Be Featured In Far East Movement’s New Single