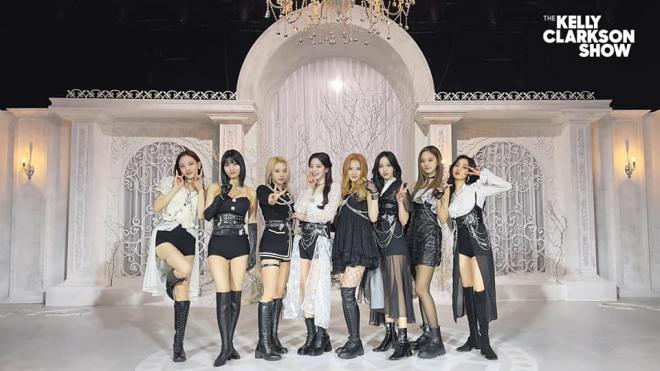 Photo from "The Kelly Clarkson Show"

TWICE brims with elegance in their latest “CRY FOR ME” performance! 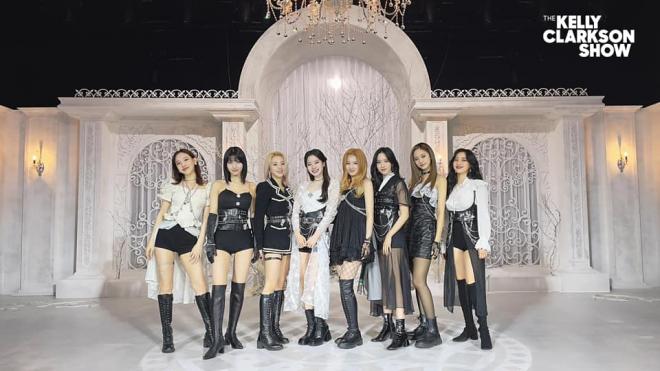 Though sans Jeongyeon, the well-loved idol group graced the show, albeit virtually, on its April 27 (EST) episode.

Giving a fitting introduction to the girls, Kelly Clarkson, the show’s host, said, “Our next guests are the K-pop superstars who had hit after hit since starting back in 2015. People worldwide go crazy for their choreography and dancing, along with countless viral videos. Here they are performing their latest single ‘CRY FOR ME’. Give it up for TWICE!”

The Kelly Clarkson Show is one of the top three daytime talk shows in the US. Proving its immense popularity, the program won the Emmy Awards three times. Global acts including Nick Jonas, John Legend, among others, also went to the show as guests.

Back in January, TWICE appeared at the TIME100 Talks event. The girls serenaded fans with their heartwarming track “DEPEND ON YOU” and shared heartfelt messages to the show and their fans to cheer them up amid these trying times.

Meanwhile, the girls are confirmed to be preparing for their new album. According to JYP Entertainment, they will make their highly-awaited comeback sometime in June.

Watch TWICE’s stunning performance of  “CRY FOR ME” on The Kelly Clarkson Show below: