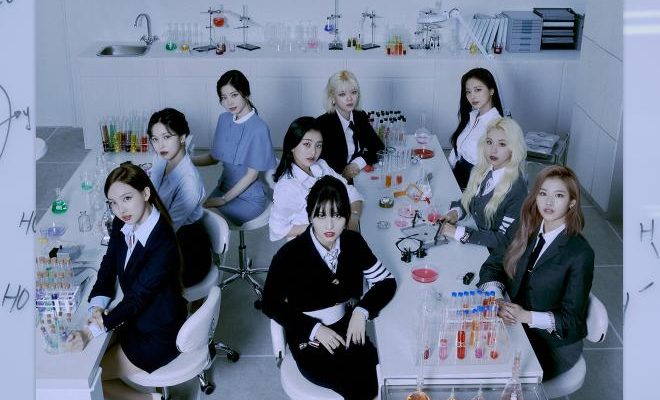 Want to find out TWICE’s formula of love? 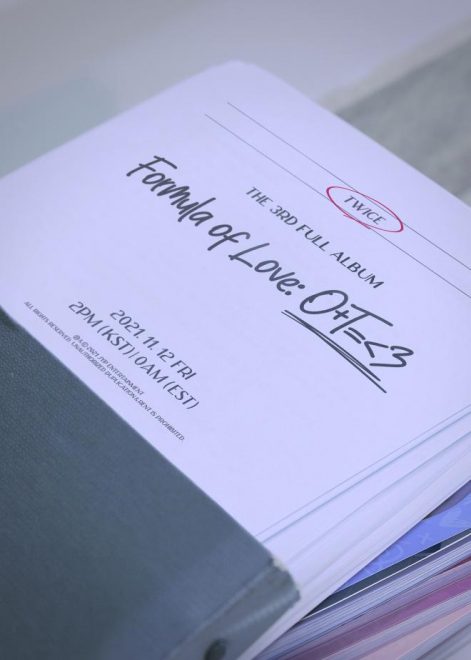 On October 10, the nonet surprised fans by dropping an intriguing teaser online. The image showed Formula of Love: O+T=<3 as the title of their upcoming third full album.

In the following teasers, Jihyo, Nayeon, Jeongyeon, Momo, Mina, Sana, Dahyun, Chaeyoung, and Tzuyu sported sophisticated uniforms while hanging out in a chemistry lab. The set is also decorated with colorful chemicals in test tubes.

Additionally, TWICE revealed more information about the release. The group noted that the new album will be released on November 12 at 2 PM KST (12 midnight EST). Meanwhile, the pre-order for the album will open on October 12 at 11 AM KST (October 11 at 10 PM EST).

Formula of Love: O+T=<3 will mark TWICE’s second Korean comeback this year. In June, they released their 10th mini-album Taste of Love, which garnered amazing records worldwide. It hit No.6 on the Billboard 200 chart and received certified double platinum from Gaon after selling over 500,000 copies.

Quickly after dropping their first teaser, Jihyo, Nayeon, Jeongyeon, Sana, and Chaeyoung also took to their group’s official Instagram account to share some behind-the-scenes photos from the cover shoot. Check them out here!