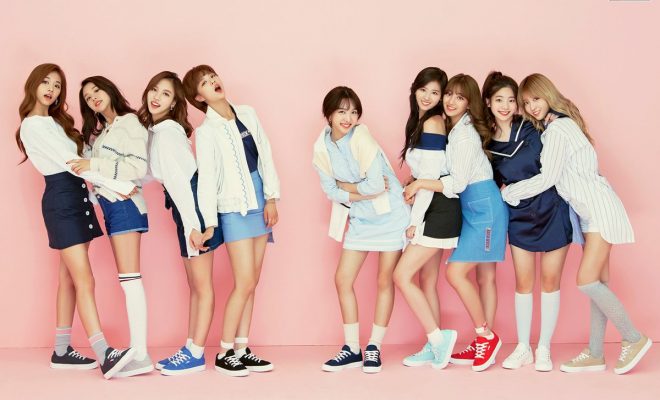 By Thuy Duong | May 28, 2017
FacebookTwitter
SubscribeGoogleWhatsappPinterestDiggRedditStumbleuponVkWeiboPocketTumblrMailMeneameOdnoklassniki

TWICE is gaining a solid foothold in fans’ hearts.

TWICE‘s music video for TT has garnered a whopping 200 million views on YouTube as of May 26. Released in October 2016, TT is the lead track off the group’s 3rd EP titled ‘TWICEcoaster : LANE 1’.

The impressive result came just 215 days since the track was unveiled. At the time of writing, the clip for TT has already reached 201,008,428 YouTube views, surpassing its other hit tracks like Cheer Up.

In related news, TWICE plans to have a rendition at the 2017 Dream Concert, scheduled to take place at Seoul World Cup Stadium on June 3.

FacebookTwitter
SubscribeGoogleWhatsappPinterestDiggRedditStumbleuponVkWeiboPocketTumblrMailMeneameOdnoklassniki
Related ItemsCheer Upknock knockLike Ooh-AhhTTTWICETWICEcoaster: Lane 1
← Previous Story JYJ’s Junsu Continues To Sing And Dance Even When He Is In The Military
Next Story → Yesung Proudly Uploads A Photo With Army Boys Choi Siwon, Donghae And Changmin At ‘U Clean Concert’