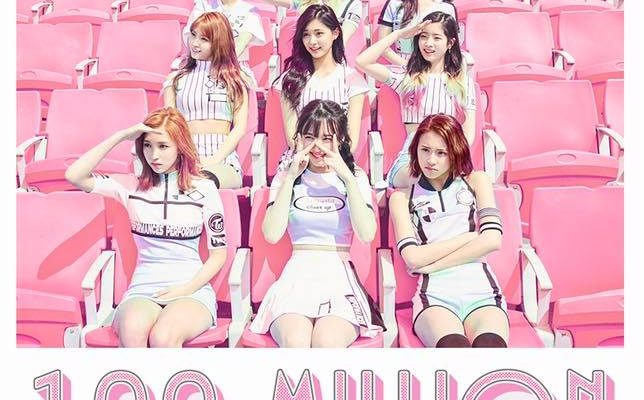 TWICE just earned itself another record!

TWICE’s mini album PAGE TWO was released on April 25 this year, along with the music video for title track Cheer Up. As of 6.40AM on November 17, the MV has reached 100 million views.

This makes the JYP Entertainment girl group become the first K-pop idol that achieved 100 million views for a music video on YouTube in the shortest period of time. It has been 207 days since the track’s release date.

TWICE is also the first Korean act to get 100 million views with its debut track’s music video OHH-AHH, which was released on November 11, 2015. As of now, the girls have two songs which broke the 100 million views mark.

In addition, the group recently dropped its third album TWICEcoaster: LANE 1 on October 24, with the title track TT. The music video of it brought yet another success for the girls, making them the first Korean idol to reach 50 million views in the shortest period of time.