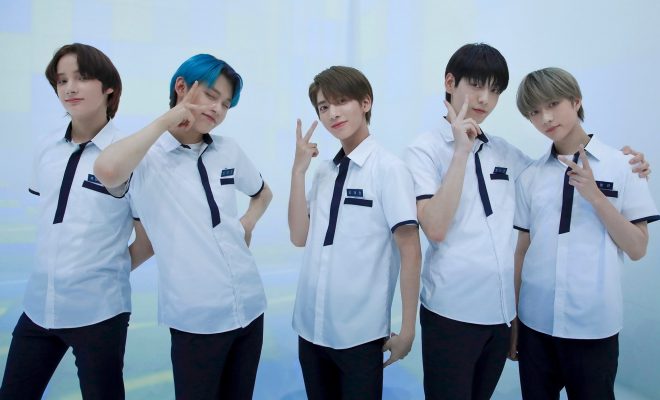 MOAs are in for a treat as TXT promises more content for them. On November 24 at 12 a.m. KST, BigHit Entertainment released the first teaser for TXT’s “Angel Or Devil”. 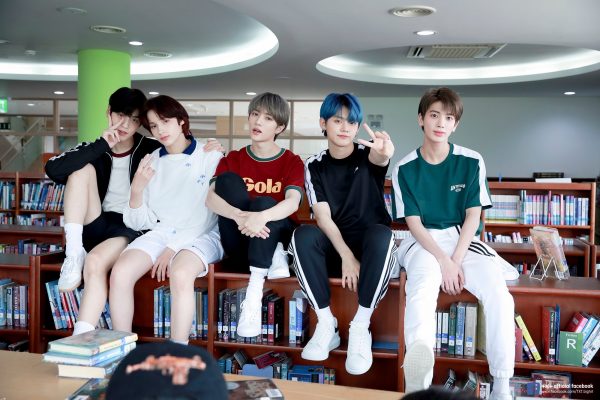 “Angel Or Devil” is a side track from the group’s first full-album The Dream Chapter: Magic which came out on October 21.

The first official teaser for “Angel Or Devil” features Beomgyu being playful as he walks on tightrope which is actually a shoelace tied together.

With an adorable music in the background, he keeps moving back and forth as he decides on which side to land. Finally, after he lands on one of the sides he is marked with a blue halo thus revealing that he chose the ‘Angel’ side.

“Angel Or Devil” is a song of trendy hip hop genre with distinctive sounds. The lyrics of the song talk about the dilemma of making a right choice among the options available.

TXT has recently dropped a lot of content since the release of their first regular album The Dream Chapter: Magic. Their high quality content includes concept trailer, sound preview, and title music video.

The group has earlier released a new MV for “Magic Island” on November 17. “Magic Island” is also one of the side tracks from the album The Dream Chapter: Magic.

The 13-minute long MV marvels the viewers with a glimpse of the TXT Universe. The highly cinematic experience of the “Magic Island” was phenomenal thus setting high expectations for “Angel Or Devil”.