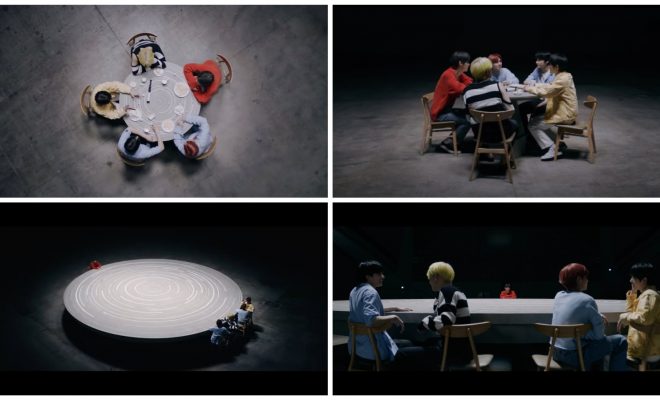 MOAs, are you ready with your theories for the dream-like concept trailer from TXT?

TXT released a concept trailer that raised expectations for their new album. On April 29 at 12 AM KST, TXT unveiled the concept trailer of their second mini-album, The Dream Chapter: ETERNITY on BigHit’s official SNS channels.

The concept trailer gave implications on the stories that will unfold through the new album. Here, a boy’s sense of alienation felt among his friends was visually expressed using space backgrounds such as tables and glass boxes. 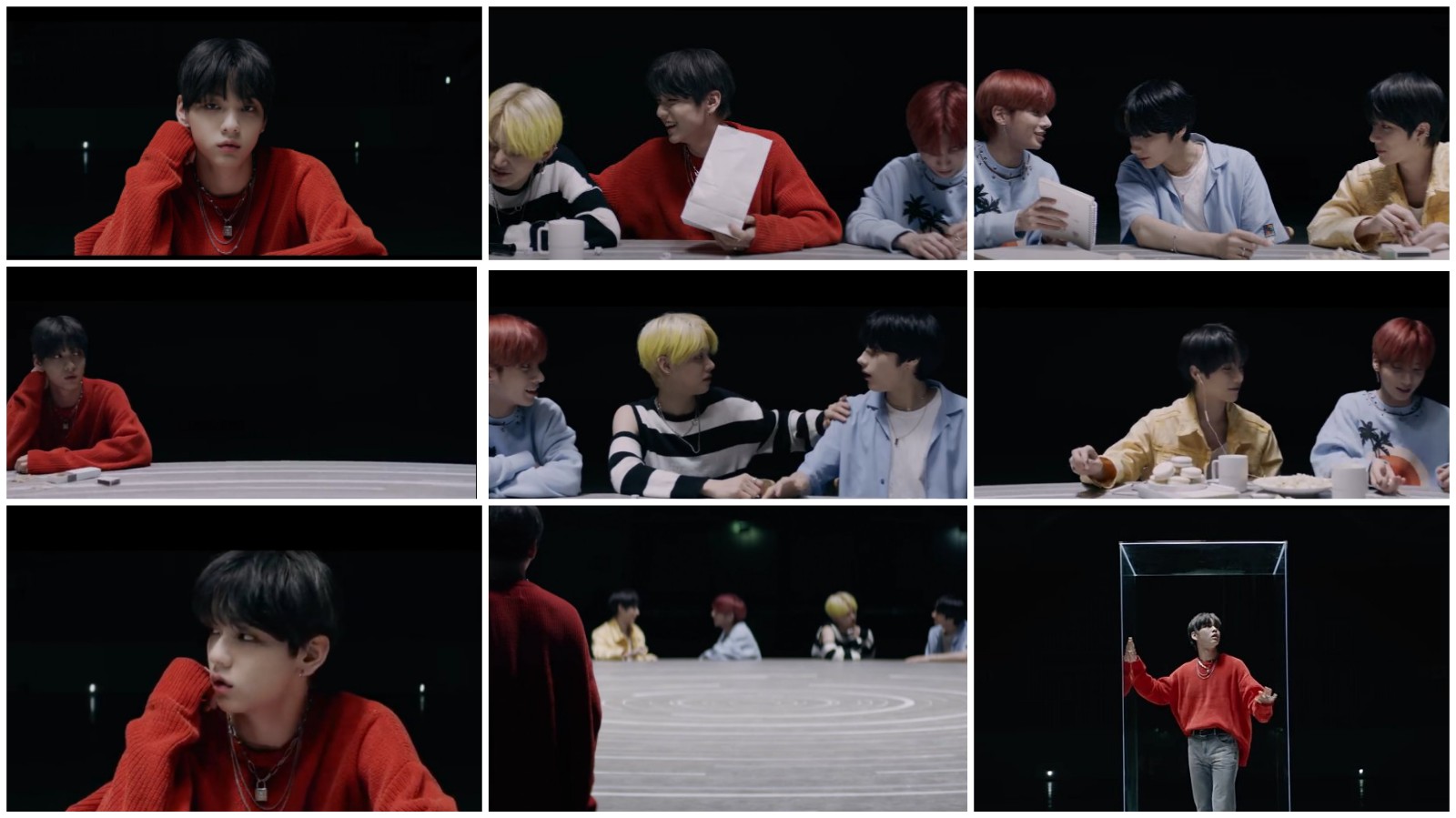 The released video began with the appearance of five members sitting around on a small round table, playing with each other and having fun. As time went by, Soobin drifted further away from his friends. Though he tried to grab his friends’ attention, they did not feel his presence.

Reflecting Soobin’s uneasy state of mind, the table grew bigger and the distance between Soobin and other members became even greater. While trying to cross the distance, Soobin discovered that he is trapped in a transparent glass box. Soobin desperately knocked on the wall and screams, but members could not hear his voice.

The concept trailer, like a dramatic movie story, ended with the words, “Save me,” which amplified the curiosity of fans around the world. 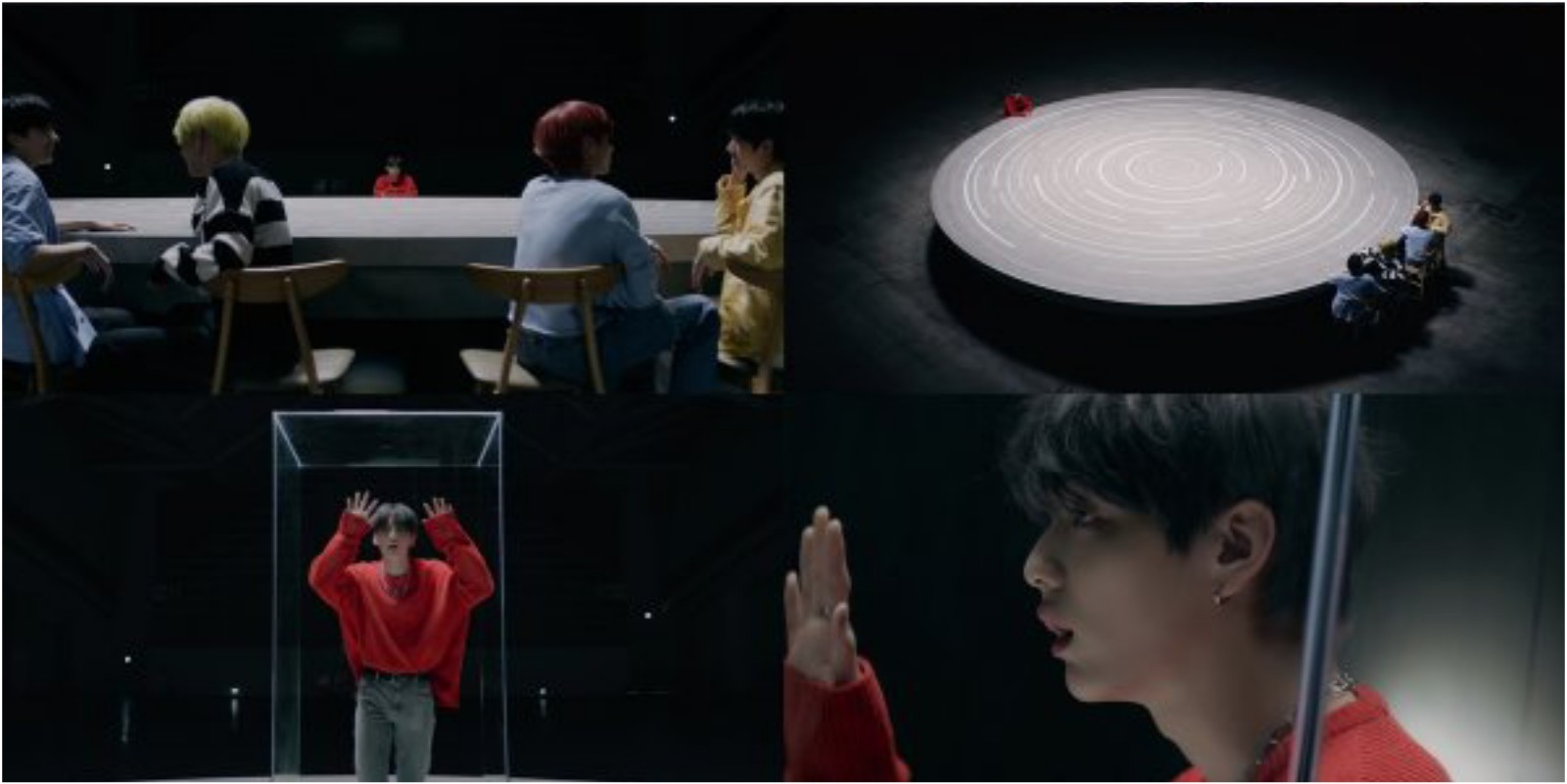 There are also various other details in the concept trailer that sparked various questions such as the odd-eye cat, the doll and the telescope which have been used in the group’s previous trailers thus hinting a key roles of these elements in the TXT universe. TXT also implemented a morse code which says, “Save Me”.

In particular, the delicate emotional acting of the TXT members and the harmony of background music made this four-minute video stand out. The moment when Soobin was blocked by the glass wall, singer Yoon Sang’s “Someone A” started playing which maximized the effects of the tense situation. TXT’s unreleased song, “Drama” was also used in this music video.

Meanwhile, TXT’s Dream Chapter: ETERNITY will be released on May 18.