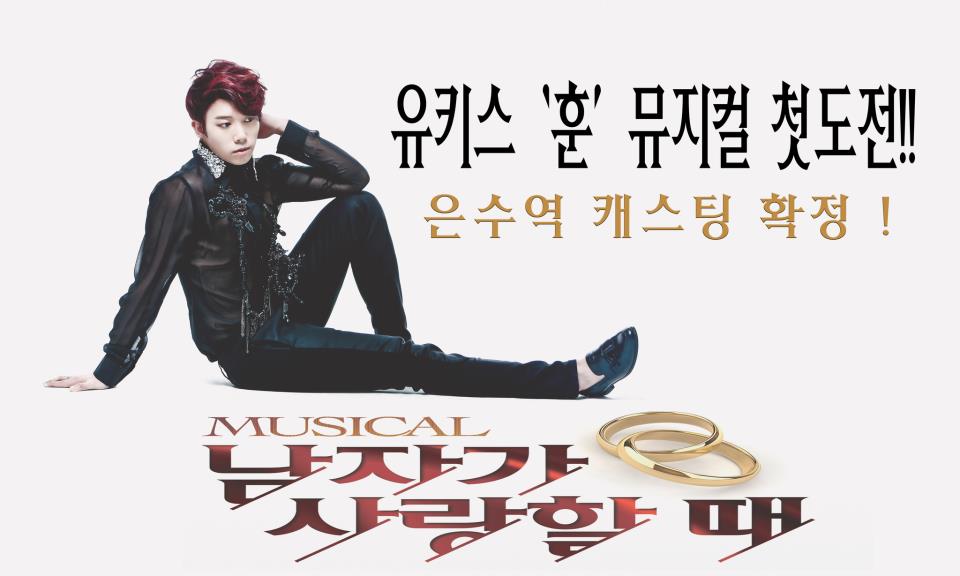 U-KISS’ Hoon cast in Korean musical ‘When a Man Loves’

U-KISS‘ Hoon is confirmed to make an appearance in Korean musical, When a Man Loves.

It is revealed that Hoon will be playing the role of Eunsoo, the male protagonist of the musical. It is his first attempt at a musical, so he has been rehearsing in ‘crazy mode’, not taking a single day off. Hoon himself also announced the good news on his Twitter to share his happiness with the fans.

While Hoon is preparing for his musical in Korea, fellow group members, Kevin and Soohyun, are also preparing for their upcoming musical, Summer Snow, in Japan.

In addition, veteran artist Brian Joo was also cast as Eunsoo in When A Man Loves. Hoon and Brian, sharing the casting, will perform on different dates. This is common practice in Korean musicals as to add variety to the performances and to ensure that each artist have their well deserved time off.

U-KISS made their return with their third full-length album, Collage, and successfully promoted in Malaysia for Twin Towers Alive. Check out our event coverage here.

“The first show of the musical <When A Man Loves’> has started today!! to the amazing actors~ for showing such emotional performance~!! ah~ feeling the pressure~ I have to work ever harder!”