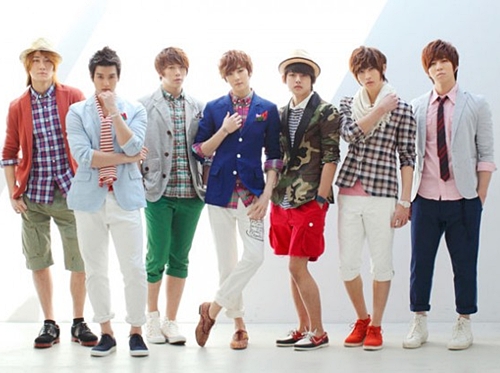 U-KISS to perform at Budokan in September

On July 2, NH Media announced through a press conference, that AVEX has scheduled a concert for U-KISS at the Nippon Budokan indoor arena on September 5.

The members of U-KISS said, “We were extremely ecstatic and honored to hear that we would take the stage at the Budokan, where famous Japanese and internationally renowned artists have performed before. Though it’s been only six months since we made our official debut in Japan, we are grateful to follow up our forthcoming nationwide tour with our concert at the Budokan.”

Nippon Budokan has been noted as a prestigious stage as The Beatles held a performance at the venue back in 1966. Many top Korean artists including BoA, TVXQ, Ryu Si Won, and 2PM have also held concerts at Budokan.

U-KISS will release their third Japanese single, Dear My Friend on July 25 and will also begin their Japanese tour.