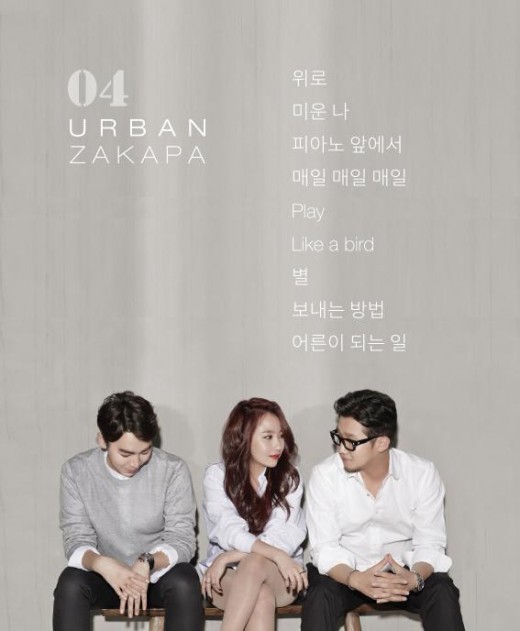 Urban Zakapa has just released the MV to Consolation from their 4th album.

The band revealed the track list of the album, as well, on their official Twitter on the 3rd. This album consists of 9 tracks: Consolation, Hateful Me, In front of the Piano, Everyday Everyday Everyday, Play, Like A Bird, Star, How To Send and The Day of Becoming An Adult.

They will kick-start their Korean tour of 8 different cities on 22nd November, starting at Incheon then moving on to Seongnam, Changwon, Gwangju, Seoul, Daegu, Busan and Suwon.