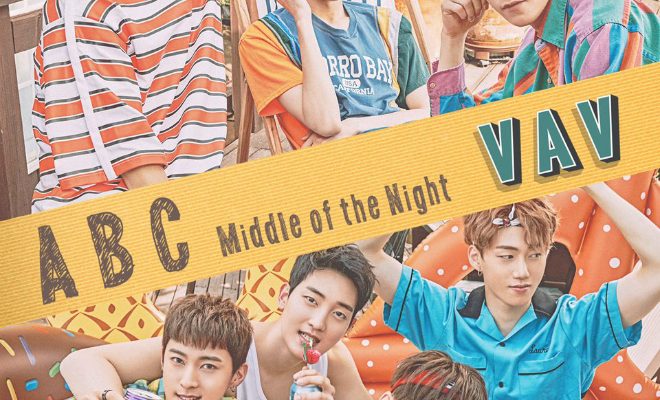 ACE, BaRon, Jacob, St.Van, AYNO, Ziu and Lou are back with “ABC (Middle of the Night)”, which is released on July 4. Prior to the digital release of the single, a music video was also released through the group’s official Navel V Live channel.

Read: Do You Know Who VAV Is? Discover And Fall Into The Irresistible Charms Of These Seven Boys!

“ABC (Middle of the Night)” is a tropical house track, full of cool breeze and catchy melodies. Produced by renowned producer Ryan S. Jhun, the summer dance pop features addictive synth loops and funkiness, which has become the unique identity of VAV. The septet have worked with the producer in three of their previous albums, namely Here I Am, VENUS and Flower (You).

The song’s sweet and gentle lyrics were written by lyricist Mafly.

VAV is set to hold its first comeback stage on SBS MTV’s The Show on July 4, the same date as the release of the single.