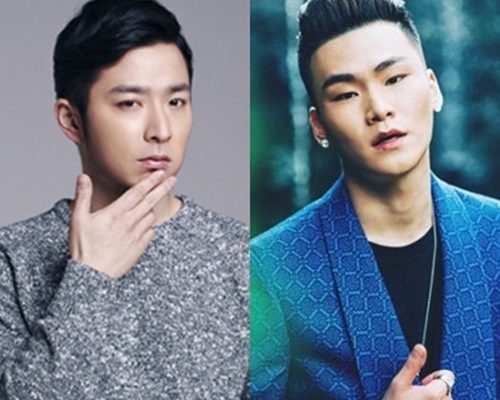 In fact, this will be Verbal Jint’s first release this year.

According to music industry associate on April 26, rapper Verbal Jint is releasing a new track on April 29. The coming song will feature rising soloist of the same label, Yang Da Il.

Verbal Jint is in charge of the lyrics and composition of his new song, with Yang showcasing his charming and soulful vocals together.

The artist has also released his first full album, ‘Go Hard Part 1 THE OTHER SIDE’.

Check out one of the tracks, If The World Was Perfect, featuring Taeyeon of Girls’ Generation.

Hellokpop, as an independent Korean entertainment news website (without influence from any agency or corporation), we need your support! If you have enjoyed our work, consider to support us with a one-time or recurring donation from as low as US$5 to keep our site going! Donate securely below via Stripe, Paypal, Apple Pay or Google Wallet.
FacebookTwitter
SubscribeGoogleWhatsappPinterestDiggRedditStumbleuponVkWeiboPocketTumblrMailMeneameOdnoklassniki
Related ItemsBrand New MusicVerbal JintYang Da-il
← Previous Story Jessica Jung To Create Her Official Fan Club
Next Story → SHINee’s Jonghyun Gearing Up For New Solo Album