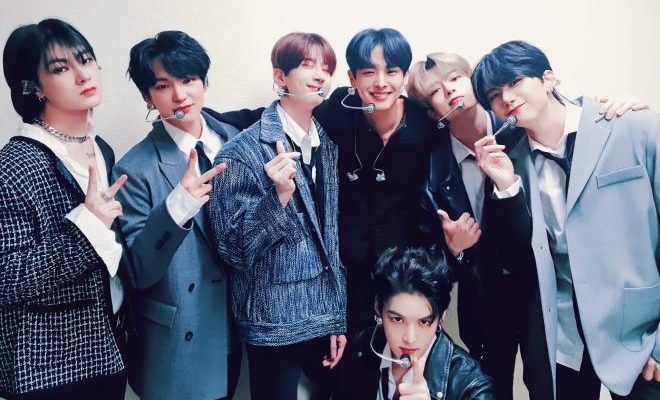 VICTON Unveils Dramatic And Aesthetically-Pleasing Scheduler For Their First Full Album “[VOICE : The future is now]”

Popular boy group VICTON kicks off the countdown to its nearing return to the K-Pop scene by dropping a stunning scheduler!

On November 10, Play M Entertainment finally revealed the group’s highly awaited promotion scheduler for [VOICE : The future is now] through its SNS channels. 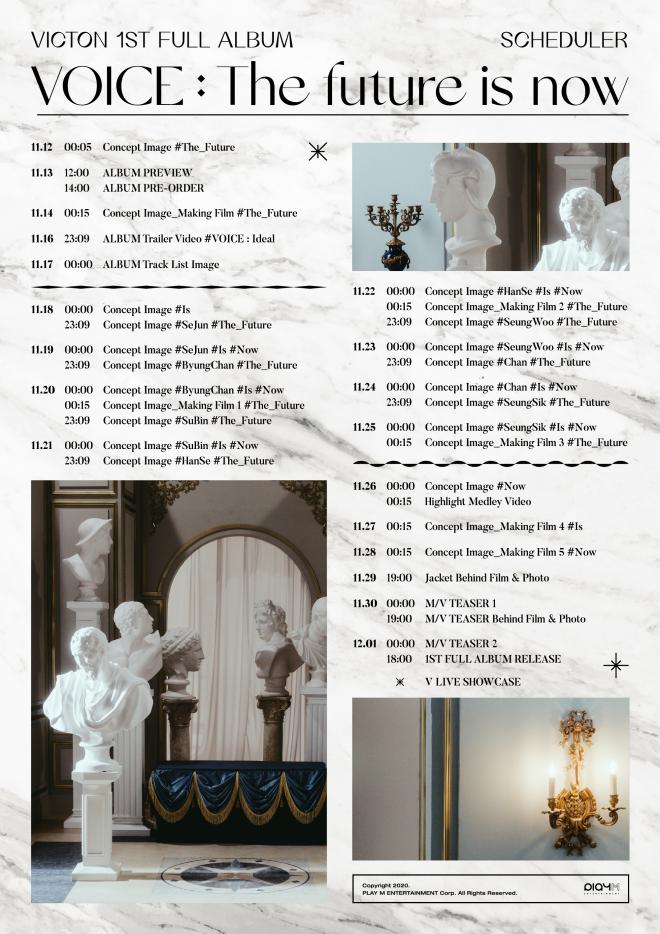 Through its minimalist background and various photos that seemingly indicate a royalty concept, the schedule poster effortlessly stole fans’ attention.

Moreover, this will mark the dazzling boy group’s official comeback since they released their second single album Mayday on June 2.

Remarkably, [VOICE : The future is now] will also be VICTON’s first studio album since their successful debut in 2016 with first mini album Voice To The World.

TEASERS FOR A STUNNING COMEBACK

From the looks of the teaser alone, ALICEs will be in for a sweet treat starting November 12, with the release of the first group concept teaser image.

VICTON, who has been constantly showcasing their different musical spectrums, has three types of photo concepts and special making films in store for its fans. 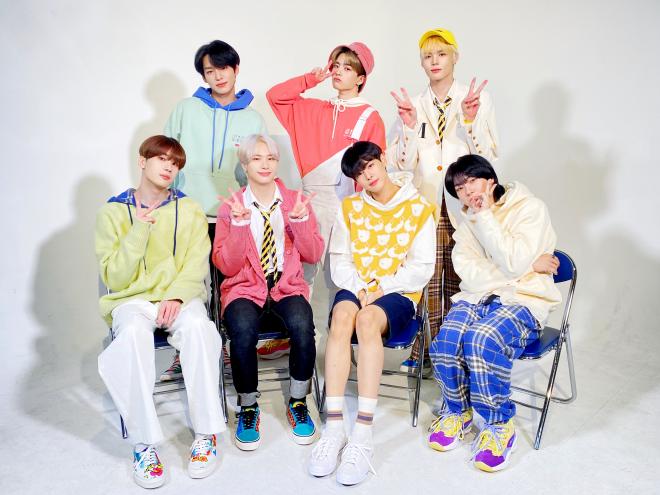 Titled #TheFuture, #Is and #Now, the sneak peeks presumably correspond to the number of versions the group’s album will have. Moreover, the said classical-themed content will come out accordingly until November 28, with the publication of VICTON’s last making film.

A special trailer video and a track list for [VOICE : The future is now] will also take the spotlight in between the teaser photos, leaving fans with a massive feeling of excitement and anticipation.

In addition, a jacket behind video and photo will be revealed on November 29 at 7 PM KST, followed by the first music video teaser on the next day.

Further hyping up ALICEs, another promising music video teaser will then shake the online world on November before VICTON’s highly awaited comeback showcase, which will air via their V Live channel.

Earlier this week, the septet officially signaled their return to the music scene by unveiling a prologue video containing the members’ breathtaking visuals and top-tier projecting abilities.

Exhibiting a dark, fierce and appealing concept, the boys of VICTON effortlessly made fans’ hearts flutter with their enthralling and manly auras.

Meanwhile, VICTON will be welcoming the last month of 2020 with a bang with the release of its first full length album [VOICE : The future is now] on December 1.