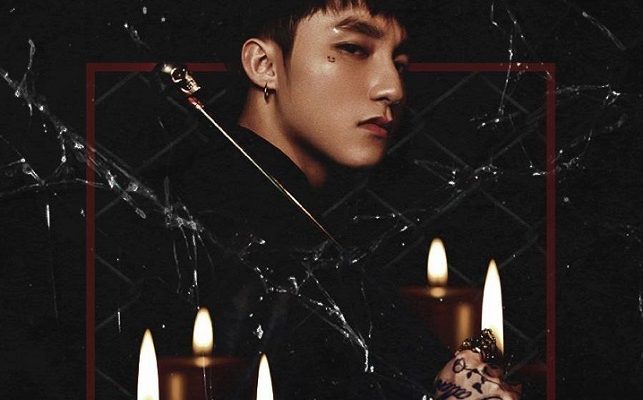 By Adrian | May 13, 2018
120
SHARES
FacebookTwitter
SubscribeGoogleWhatsappPinterestDiggRedditStumbleuponVkWeiboPocketTumblrMailMeneameOdnoklassniki

Tung is certainly on the roll despite previous plagiarism controversies with top K-pop stars like BTS and Jung Yong Hwa.

According to a local report on May 13, Vietnamese pop singer Son Tung M-TP (Tung)’s “Run Now” reached 22 million views and topped the #1 spot on the world’s most watched videos in the past 24 hours after it was uploaded on May 12, 12am VNT.

This means that he has surpassed top K-pop band BTS to become the current Asian artist that released a music video with the highest recorded number of views in 24 hours.

Tung is regarded as one of the top influential Vietnamese pop singers in the country with many hit songs under his belt. However, his star image has been tainted with plagiarism controversies involving K-pop artists.

Back in 2016, Tung was heavily criticized by local K-pop fans for alleged plagiarism of his then-latest release “We Don’t Belong To Each Other” to BTS’s “Fire” and Charlie Puth’s “We Don’t Talk Anymore”.

Tung also faced backlash by Vietnamese K-pop fans in 2015 after the beat from his song’s “Maybe Someone Will Come Back” was discovered to be similar to Jung Yong Hwa’s “Because I Miss You”. The case was finally put to rest after he changed the beat of the song following the intervention by Ministry of Culture, Sports and Tourism, and the Department of Performing Arts and Copyright Office of Vietnam.

Since then, Tung is regularly compared to BTS for his entertainment activities.

Despite the drawbacks, the controversial V-pop singer’s career continued to flourish both in and out of Vietnam, and even attracted a growing fanbase of domestic and international fans. Last year, he went on to hold his first ever fan meeting, titled Sơn Tùng M-TP Seoul Fan Meeting 2017, in South Korea. The location was later on comparably discussed by netizens to be the same venue that BTS also previously had its fan meeting.

At 12am (local time) on May 12, Tung uploaded his latest music video onto YouTube, titled as “Chay ngay di” (translated “Run now”). According to a local report, the video hit one million views just after 18 minutes, the best time record that he has set as a Vietnamese artist.

Once again, Tung is being compared to popular K-pop artists for his latest music video. In particular, Vietnamese fans were speculating if his video was able to break the record of BTS’ “DNA”, which surpassed 20.9 million views within 24 hours on the day of upload on YouTube.

On May 13, “Run Now” reportedly reached 22 million views and topped the #1 spot on the world’s most watched videos in the past 24 hours after its upload at 12am VNT, May 12. This effectively means that Tung has surpassed BTS to become the current Asian artist that has a music video with the highest number of recorded views in 24 hours.