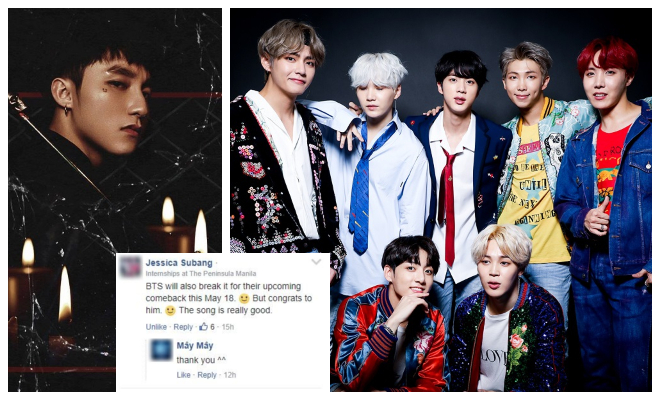 By Adrian | May 14, 2018
76
SHARES
FacebookTwitter
SubscribeGoogleWhatsappPinterestDiggRedditStumbleuponVkWeiboPocketTumblrMailMeneameOdnoklassniki

YouTube clarified it cannot be clarified. But a kind gesture from a BTS’s ARMY wins.

On May 13, Vietnamese pop singer Son Tung M-TP (Tung)’s “Run Now” reportedly hit 22 million views and topped the #1 spot on the world’s most watched videos on YouTube – all these within the past 24 hours after it was uploaded on May 12, 12am VNT.

This also means that he has surpassed top K-pop band BTS to become the current Asian artist that released a music video with the highest recorded number of views in 24 hours.

But Tung – for his previous plagiarism controversies involving K-pop stars like BTS and Jung Yong Hwa, it is no wonder why he is frequently being compared to them by Vietnamese fans and media on social media.

The news of Tung’s “Run Now” breaking BTS’s “DNA” was first published by a Vietnamese news outlet. It turned out that the original source was from Tung’s official Facebook page as the administrator published the YouTube Analytics page as the evidence to announce the good news. 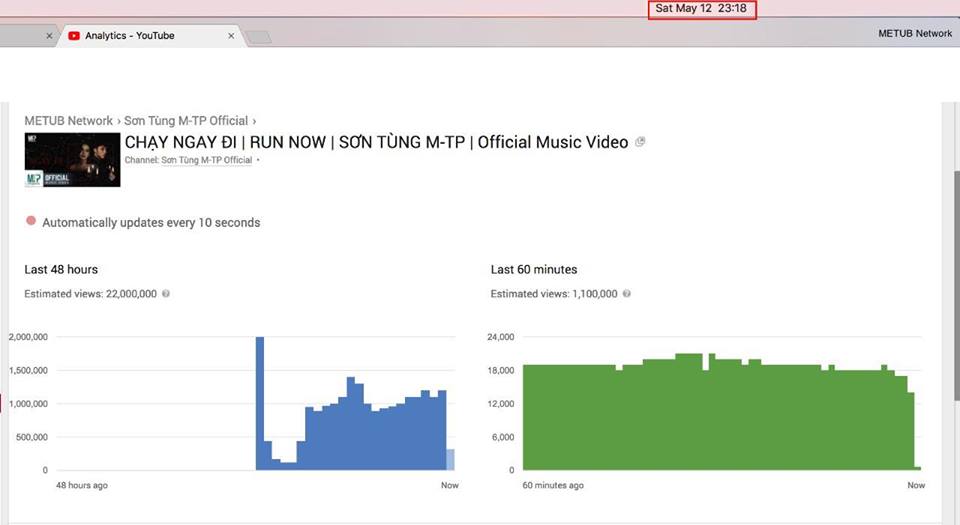 To answer this mysterious question (to viewers) that actually reflects a video popularity, YouTube published an article “How Video Views Are Counted” on January 30, 2018 to address: 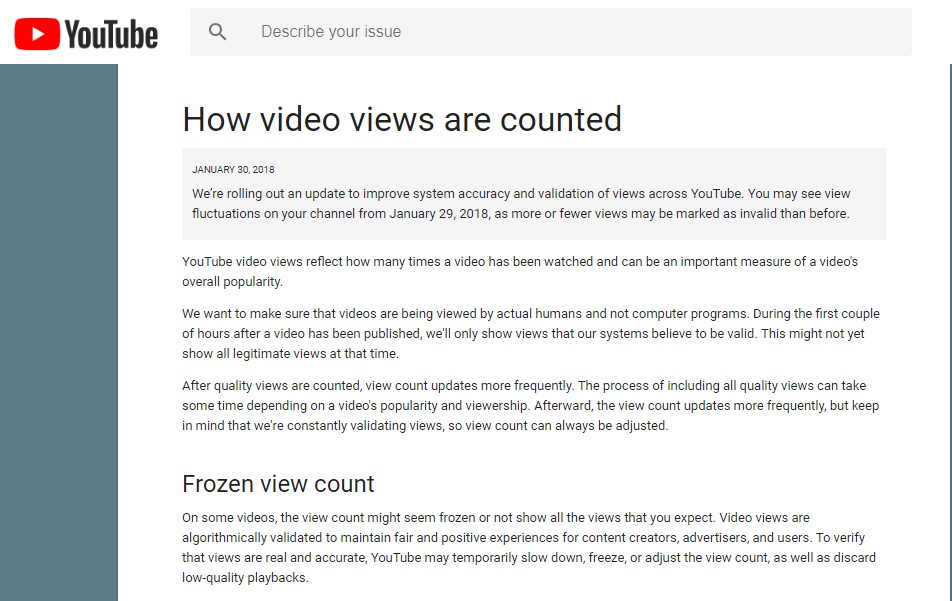 In case you can’t see it, here’s what YouTube explained about how video views are counted:

We’re rolling out an update to improve system accuracy and validation of views across YouTube. You may see view fluctuations on your channel from January 29, 2018, as more or fewer views may be marked as invalid than before.

YouTube video views reflect how many times a video has been watched and can be an important measure of a video’s overall popularity.

We want to make sure that videos are being viewed by actual humans and not computer programs. During the first couple of hours after a video has been published, we’ll only show views that our systems believe to be valid. This might not yet show all legitimate views at that time.

In summary, there is no way to show the actual views of a given time period as YouTube will validate the views by actual humans and not computer programs to ensure accuracy. The number of views initially visible to the viewers in the first few hours will be the actual ones that the system believes to be true. Thereafter, the updates will happen more frequently.

But it is also important what YouTube said about “Frozen View Count”:

Frozen view count
On some videos, the view count might seem frozen or not show all the views that you expect. Video views are algorithmically validated to maintain fair and positive experiences for content creators, advertisers, and users. To verify that views are real and accurate, YouTube may temporarily slow down, freeze, or adjust the view count, as well as discard low-quality playbacks.

So what you see under the video of the number of views will not always be the actual.

But then, what does “estimated views” mean in YouTube Analytics?

Here’s what it says – with a link to the Realtime Report article.

In case you can’t see it:

If you are an user of Google Analytics, you are probably much aware of the accuracy of the realtime reporting provided by Google itself. And in case you don’t know, YouTube is now owned by Google.

Back to the explanation provided by YouTube, it could be reasonably true that Tung’s “Run Now” did really hit 22 million views under 24 hours – to be exact, at 23:18 VNT.

But the possibility of invalid views cannot be ruled out either. The constant fluctuation of the number of views seen under the video and the realtime report might not also be decisively concluded either as the actual views.

Putting aside the number game, it is actually heartening to see a BTS’s ARMY sending her congrats to Tung for releasing a good song.