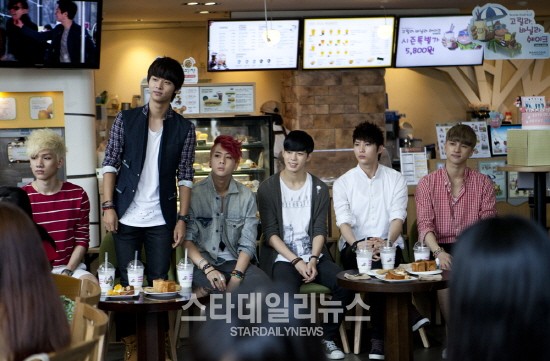 Despite the late notice of the event, over 400 fans from overseas country including Japan, Taiwan, and Hong Kong sent in applications for a chance to attend. VIXX notified fans in advance that the band would not accept any gifts, but to just come as is. The location of the fan meeting was set at a popular cafe featured in the SBS drama, A Gentlemen’s Dignity.

The fan meeting lasted approximately two hours and fans received the opportunity to socialize with the group through the events and games that were set up. The fan meeting had a successful outcome and the members of VIXX revealed that they had a good time. They said, “We’d love to make this kind of event more often.” and continued to say, “Thank you so much, and today meant a lot for us.”

VIXX will continue to work hard and actively promote their second single Rock Ur Body.