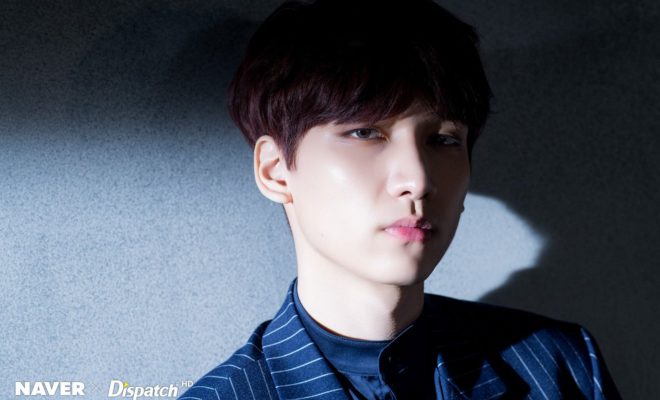 Get ready to fall deeper in love with Hyuk, Starlights.

After dropping hints and hyping fans, Jellyfish Entertainment confirmed the highly-anticipated solo release of VIXX’s Hyuk through a cover image of his upcoming digital single.

The youngest member of the boy group will gift fans with his self-composed song, titled “Boy With A Star”, on January 12.

The cover image, which was unveiled midnight of January 9, features a person sitting with a beautiful night sky and skyscraper serving as his background. The words “Boy With A Star” and the singer’s stage name are also written on the image.

TITLE SONG _ Boy with a star

The digital single will introduce to fans the sensibility of the 25-year-old Han Sang Hyuk rather than the idol Hyuk. It will also showcase the musicality of the singer as he treats fans with his own composition.

“Boy With A Star” will not be the first time the VIXX member participated in song composition as he was a credited lyricist of “Milky Way” from VIXX 2016 Conception Ker album along with Ravi.

In 2018, Hyuk had been busy with group and individual activities. VIXX returned with its third studio album Eau de VIXX and promoted the lead single “Scentist” in April 2018.

Meanwhile, Hyuk made a big screen comeback with the 2018 film Happy Together. He took on the role of Haneul, the son of Park Sung Woong’s character Kang Suk Jin. The film opened in theaters in November 2018.