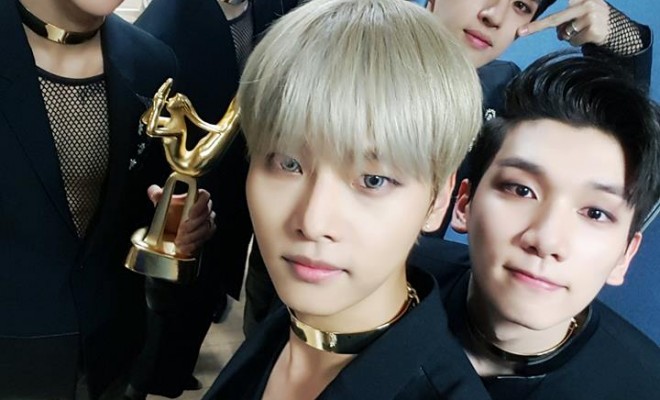 VIXX To Hold Concerts In Japan

VIXX just dropped its first Japanese original album titled Depend On Me on January 27.

Following the album release, the boys will be holding handshake events in Japan on January 30th and 31st. They are also set to hold concerts in Japan, kicking off in March.

At the time of writing, only dates and venues have been released. Details on time and ticketing will soon be unveiled through their official Japanese website.

For fans who are interested to attend, make sure to keep your eyes peeled on the website.

Hellokpop, as an independent Korean entertainment news website (without influence from any agency or corporation), we need your support! If you have enjoyed our work, consider to support us with a one-time or recurring donation from as low as US$5 to keep our site going! Donate securely below via Stripe, Paypal, Apple Pay or Google Wallet.
FacebookTwitter
SubscribeGoogleWhatsappPinterestDiggRedditStumbleuponVkWeiboPocketTumblrMailMeneameOdnoklassniki
Related Itemsconcertdepend on meHandshake EventJapanVIXX
← Previous Story Hi-Lite Records’ Reddy Drops ‘Think’ MV Teaser Featuring Jay Park
Next Story → K-Pop Star 3’s Nam Young Joo To Release New Song Featuring Geeks’ Lil Boi