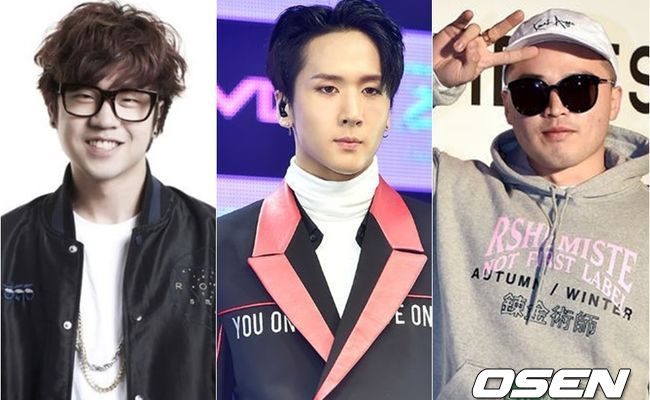 How will a collaboration between the trio sound like?

After earning huge recognition on Show Me The Money 4, and with a few singles under his belt, hip-hop artist Microdot will release his very first mini album titled ’64+’. The numbers stand for the country code of New Zealand, the country he was born and raised in.

The album will contain 8 tracks. The title track WAVE will feature fellow rappers, Lil Boi of duo Geeks and Ravi of VIXX. The music video teaser has also been revealed on Microdot’s Instagram account.

The trio participated in Show Me The Money 4 together, but unfortunately Ravi was eliminated in the early rounds. Ravi will also release his own track DamnRa on July 14, as part of Jellyfish Entertainment’s music project Jelly Box.

Microdot recently appeared on the fifth season of the hip-hop survival show, heating up the stage with contestant Superbee.