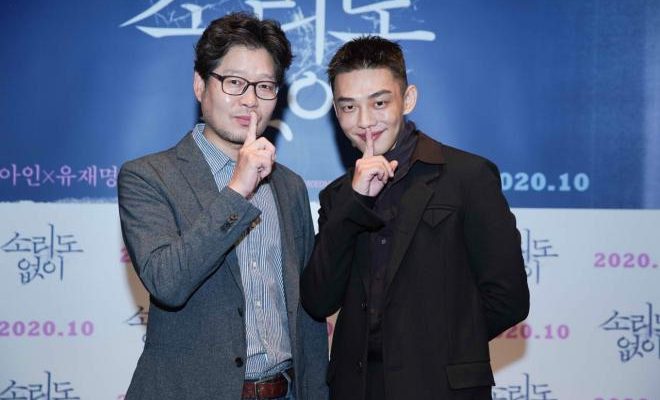 After the recent global success of his movie #Alive, Yoo Ah In is set for another big screen project embracing a character who does not speak.

The upcoming film, Voice Of Silence, challenges Yoo Ah In for a new brand of acting. Devoid of any lines, he will play the character of Tae-in who has an underground job of disposing corpses and cleaning up crime scenes for an organized crime syndicate.

In a recent press conference, Yoo shared some of his sentiments with regard to how he portrayed the role. “As an actor, a character without any lines was easy to act but at the same time challenging,” he said. “My character does make some noise in the movie, so I think he can talk. But it seems like he is declining to communicate with the world because of something that happened to him in the past.” 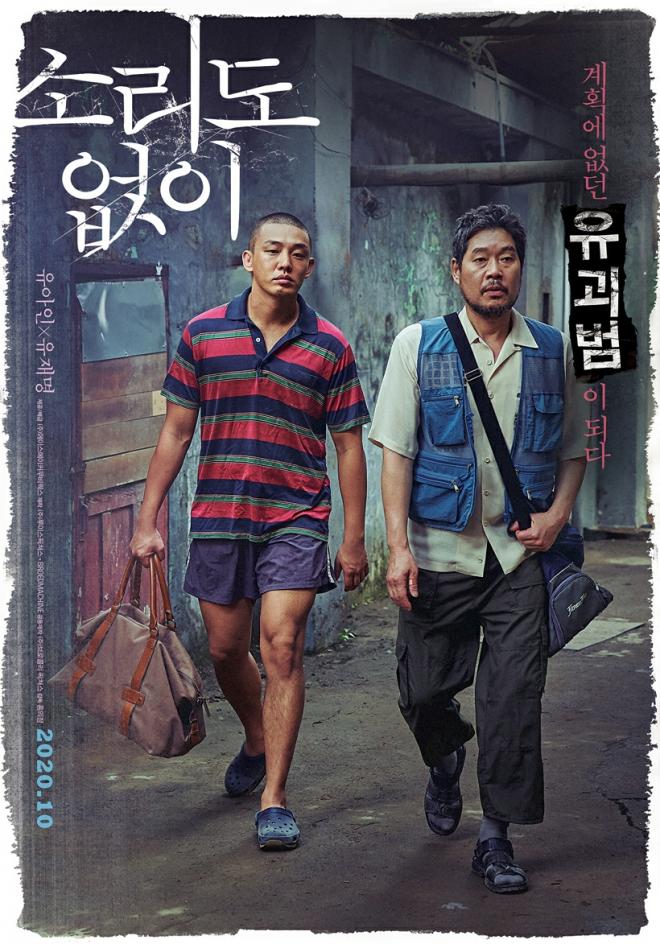 A speechless character for Yoo Ah In

Yoo also opened up about how he and the film’s director, Hong Eui-jeong, enthusiastically talked about his peculiar character in the movie. Voice of Silence is set to be Hong’s debut full-length movie.

Her previously released short movie with a sci-fi theme entitled, Habitat, depicts a reunified Korean peninsula. It was shown in Busan International Film Festival in 2018.

“The director sent me a link as a reference for my character. She said she thinks that Tae-in would move like this. I opened it and found a video clip of a gorilla,” Yoo went on sharing. “This was a new way of approaching the character for sure, so it was very interesting.”

Working alongside the lauded actor is Yoo Jae-myung. He takes on the character of Chang-bok whose personality is the exact opposite of Tae-in’s. He also does the dirty work of disposing corpses. 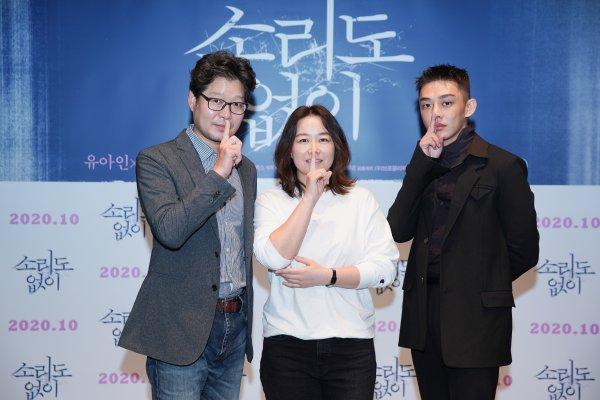 Yoo Jae-myung mentioned in a press briefing, “Chang-bok keeps talking to self-rationalize. He keeps saying someone has to do the job. Also, he keeps saying that he can stop doing the cleaning job after earning some money.”

A new take on crime movie

Expressing her sentiments about the two contrasting characters, the director implied that while both are engaged in an incriminating job, they still have the sensibilities to discern about their acts.

The plot development centers on both characters being responsible for taking care of a girl who happens to be a kidnap victim of a crime syndicate member. However, the girl suddenly dies.

Hong further made a point that she wants to deviate from the typical crime movies that are visualized in gloomy and dark-shaded scenes. Rather, she prefers to use bright hues for her film.

Moreover, both the actors and the director stressed that the difference between the mise-en-scene and the story also mirrors the film’s all-encompassing message. In such case, it transcends from being a fictional work in which it allows the audience to contemplate about the thin line between good and evil.

Yoo Ah In shared his profound reflection about Voice of Silence and how the movie mirrors the kind of reality we presently live in. “At the end of the day, we are living in a world full of news and we have to constantly judge what is good and what is evil,” he said.

Watch the trailer below.