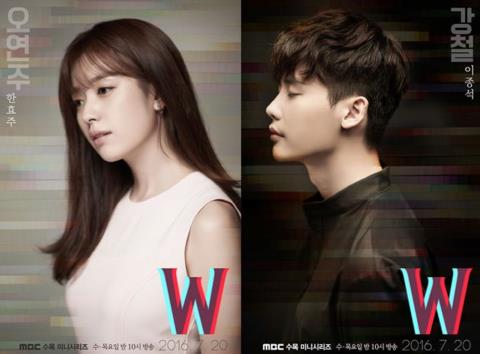 Congrats to ‘W’ and Lee Jong Suk for making a name in this prestigious international festival.

On May 1, it is reported that the WorldFest-Houston International Film Festival 2017 took place at AMC Studio 30 Dunvale, Texas, the US from April 21 to April 30.

Founded over 50 years ago as an International Film Society in August 1961, WorldFest is known as the third competitive international film festival in North America, following San Francisco and New York. It is also the oldest Independent Film & Video Festival in the World.

At the event, the South Korean TV series titled ‘W’ is honored with the Special Jury Award.

‘W’ centers on the story between Kang Chul (played by Lee Jong Suk), a rich webtoon character, and Oh Yeon Joo (played by Han Hyo Joo), a surgeon in the real world. The drama has received many compliments for its new and unique plot.

The drama’s producer Jung Dae Yoon could not hide the happiness after bagging home the prestigious award. He shared: “I’m honored to receive this big award and believe it is a result of the high appraisal of the drama’s new imaginative attempt.”

Hellokpop, as an independent Korean entertainment news website (without influence from any agency or corporation), we need your support! If you have enjoyed our work, consider to support us with a one-time or recurring donation from as low as US$5 to keep our site going! Donate securely below via Stripe, Paypal, Apple Pay or Google Wallet.
266
SHARES
FacebookTwitter
SubscribeGoogleWhatsappPinterestDiggRedditStumbleuponVkWeiboPocketTumblrMailMeneameOdnoklassniki
Related ItemsHan Hyo JooJung Dae YoonLee Jong SukW
← Previous Story Park Bo Gum Leads Ad Model Reputation Ranking In April
Next Story → iKON To Return After 1 Year