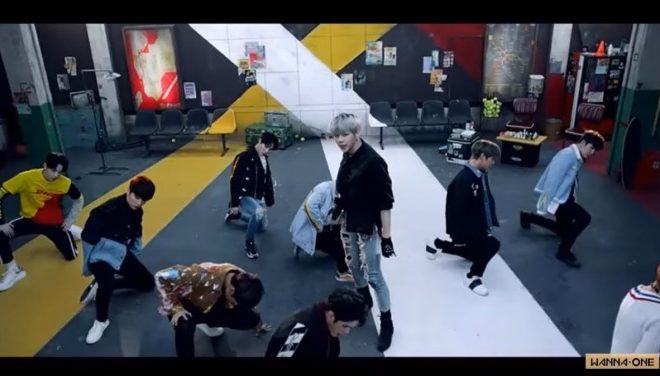 A screenshot from Wanna One's music video teaser for "Boomerang"

How cool Wanna One is ~

Appearing in the video, the members captivate all viewers with their dashing appearance. They look fashionable with color-dyed hair, donning chic outfits.

Besides, a part of melody and choreography of the coming song was also revealed through the clip teaser, arousing fans’ curiosity and excitement.

Meanwhile, Wanna One will officially release its new album titled 0+1=1 (I Promise You) at 6 pm KST on March 19. Apart from the title track “Boomerang”, the band’s upcoming record includes other songs, namely “Gold”,  “We Are”, “I Can See”,  “Your Name”, and the two versions of  “I.P.U”.

One hour right after its new album release, Wanna One will have a performance on Mnet’s music program to officially begin the promotional activities.