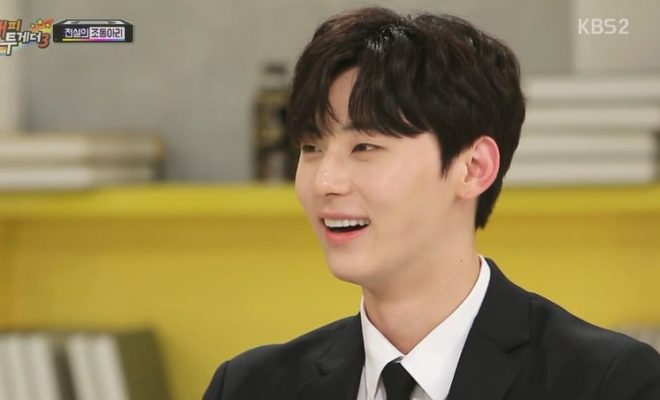 Hwang Minhyun’s parents can be proud of their beloved son.

During the program, the boys shared about their rising popularity after Mnet’s Produce 101 Season 2 ended.

Hwang Minhyun, who is known as an NU’EST’s member, shared: “I have been a singer for six years before taking part in ‘Produce 101 Season 2.”

He added: “However, during that time, my parents never asked me for signatures to give to friends. I, myself, gave my parents my signatures, and asked them to help promote NU’EST.”

Hwang continued: “But recently, my parents made a phone call to my company in order to ask if I could send them 100 signatures.” 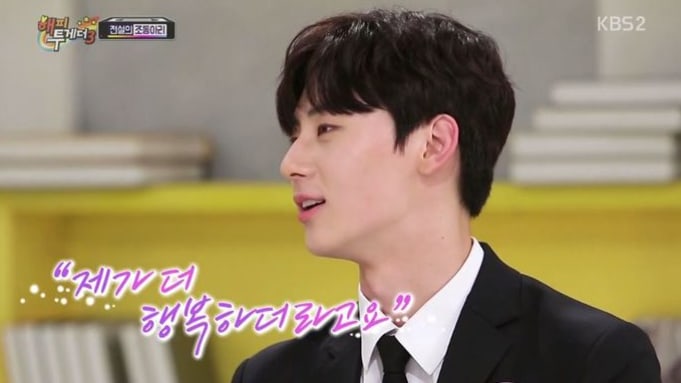 The starlet could not hide his happiness with his sudden upward progress of his music career, which makes his parents proud of him.

Some videos from August 3 episode of Happy Together:

Meanwhile, Wanna One will release its debut album, titled To Be One, on August 7.

55
SHARES
FacebookTwitter
SubscribeGoogleWhatsappPinterestDiggRedditStumbleuponVkWeiboPocketTumblrMailMeneameOdnoklassniki
Related ItemsHwang MinhyunNU'ESTTo Be One
← Previous Story Another ‘Song Joong Ki’ Look-alike Found – This Time, It Is A Cute Little Boy
Next Story → Song Joong Ki’s Special Message To Lee Kwang Soo After Wedding: Must Know ‘How To See The Face’